Quinn Latimer is an American poet and critic based in Basel. She is a regular contributor to Artforum and frieze, and her poetry has appeared in Boston Review, The Last Magazine, The Paris Review, and elsewhere. She was recently nominated for a Pushcart Prize and her first book, titled Rumored Animals, was published in 2012. 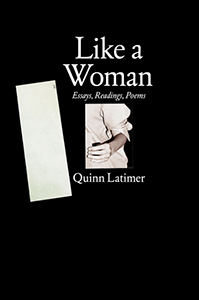 Like a Woman – Essays, Readings, Poems
2017
English edition
Sternberg Press - History, Criticism and Theory
Collection of recent essays and poems in which the American poet and critic examines issues of genealogy and influence, the poverty and privilege of place, architecture's relationship to language, and feminist economies of writing, reading, and art making. 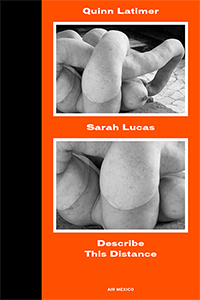