T. J. Demos writes widely on modern and contemporary art and his essays have appeared in journals such as Grey Room, October, Third Text, and Nka. He is also a critic, writing for magazines such as Artforum and Texte zur Kunst. His published work centers broadly on the conjunction of art and politics, examining the ability of artistic practice to invent innovative and experimental strategies that challenge dominant social, political, and economic conventions. 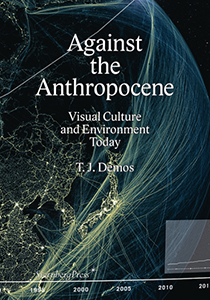 Against the Anthropocene – Visual Culture and Environment Today
2017
English edition
Sternberg Press - History, Criticism and Theory
(last copies available!)
Addressing the current upswing of attention in the sciences, arts, and humanities to the proposal that we are in a human-driven epoch called the Anthropocene, T. J. Demos critically surveys that thesis and points to its limitations, trough a series of cases study taken from contemporary visual culture. 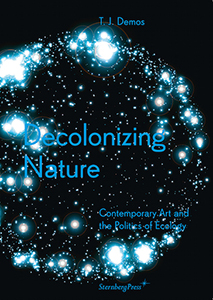 Decolonizing Nature – Contemporary Art and the Politics of Ecology
2016
English edition
Sternberg Press - History, Criticism and Theory
T. J. Demos considers the creative proposals of artists and activists for ways of life that bring together ecological sustainability, climate justice, and radical democracy, at a time when such creative proposals are urgently needed. 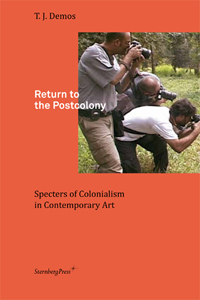