British artist Helen Marten (born 1985 in Macclesfield, lives and works in London) pokes humorously at questions of ownership and dishonesty in materials, the relationship of object to artifact, and package to product. Interested in the grammatical approximations made in workmanship, Marten's oeuvre weaves constant conversations between counterfeit and camouflage. Image is continually tripped up by language, by a deliberateness of error that postures with all the concrete certainty of cultural recognizability.
Helen Marten won the 2016 Turner Prize. 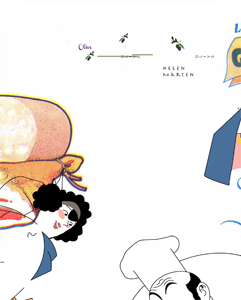