Born 1974 in El Khnansa, Morocco, Latifa Echakhch came to France at the age of 3 but has lived for most of her life in Switzerland. Hers is a multi-referential and multidirectional work, just like her personal background, her travels and her eclectic centres of interest.
Latifa Echakhch tends to produce installation pieces that are in direct connection with the space in which they are presented, thereby blending personal, multicultural, historical and sociological references.
“Latifa Echakhch's works are proof that art can be instrumental to exchange and social engagement without necessarily being patronizing or exploitative. While her sculptures are elegant and delicate, the visitor must nevertheless not be deceived by this sensibility when she examines subjects such as culture, geography, and personal and collective histories. She explores these systems through mundane objects, images, and ordinary situations, repositioning them in a social and political debate. The visual and conceptual power of her combination of Minimalism and Romanticism is potent but misleading. What emerges is a fundamental belief in the dignity of the subjects and what art can bring in terms of reflection, even in its most critical form. Objects that begin as banal then become messengers of emotions such as melancholy and anger, and offer a silent point of view on the failure of utopias.” (Florence Derieux)
Latifa Echakhch recently exhibited at the Hammer Museum, Los Angeles; Tate Modern, London; Kunsthaus Zurich; MACBA in Barcelona, and the Fridericianum in Kassel. 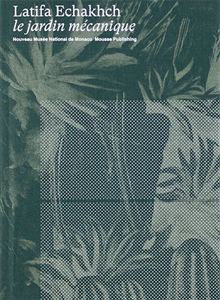 Le jardin mécanique
2019
bilingual edition (English / French)
Mousse - Mousse Publishing (books)
Published in collaboration with the Nouveau Musée National de Monaco, this book guides the reader through the discovery of Latifa Echakhch's jardin mécanique, her latest exhibition at the Monegasque institution. A collection of visual and written essays, the publication explores the artist's take on the museum's collection of automatons and set models, as well as on the historical representations of the Exotic Garden of Monaco, through the form of a flipbook, translating on the page the motion of the five video works specifically produced for the exhibition. 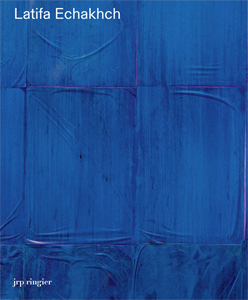 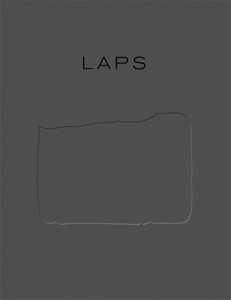 Laps
2013
bilingual edition (English / French)
Kamel Mennour
New monograph / artist's book with which Latifa Echakhch proposes an immersion into her visual world, around a series of exhibition views and personal notes and comments. 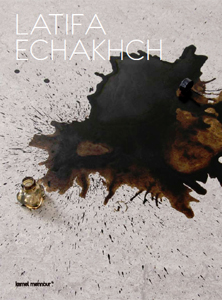