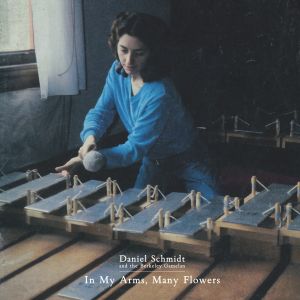 order
wishlist
New release of the first album of American Gamelan composer Daniel Schmidt.
The recordings on Flowers date from 1978 – 1982, selected directly from Schmidt's personal cassette archive. It holds two studio tracks, along with two live performances. The first track, Dawn (commissioned by composer John Adams), employs an early digital sampler provided by Pauline Oliveros. It holds the sound of a string quartet. The nature of this piece is breathtaking, an ocean of strings pulsing beneath the gliding bells of the gamelan—such a lovely interplay.  Furthermore, the title track, Flowers, features the addition of a rebab, a traditional bowed instrument, which reels through the piece, netted and taught.
The final two works are strictly gamelan compositions. Ghosts is a a dynamic piece; rife with dexterous euphoria—it well displays the skillset of the percussionists heard on the recording. The closing work, Faint Impressions, is a somber elegy. Demonstrating the fragility and grace possible with the gamelan; sounding almost as an evening piano sonata.
This is album is unique document from an under-represented movement of American New Music. An account of the curious beauty and woven emotions hidden within resonating pieces of metal.
Daniel W. Schmidt (born 1942), who emerged in the Bay Area music scene in the 1970s, wove the threads of traditional Eastern Gamelan music together with American Minimalism (repetitive music). Schmidt was a prime figure in the development of American Gamelan music—studying and collaborating with Lou Harrison, Jody Diamond, and Paul Dresher. He currently is a teacher at Mills College, teaching instrument building.
order wishlist
Published by Recital.
published in July 2022
22.00 €
in stock 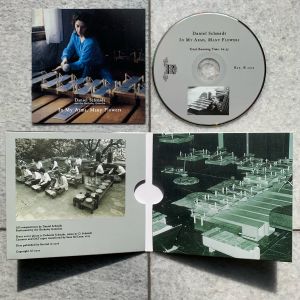