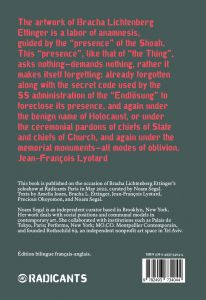 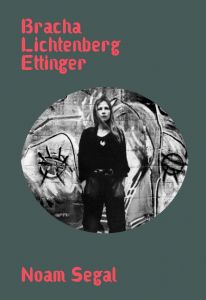 order
wishlist
A journey through the painted work of Bracha L. Ettinger, through a set of reproductions and texts by Jean-François Lyotard, Nicolas Bourriaud, Noam Segal, Amelia Jones, Precious Okoyomon and the artist herself.
Bracha L. Ettinger's (born in 1948) works are at the forefront of contemporary painting. Yet, like many of her female contemporaries, the radical capacities of her practice are only beginning to find recognition. Ettinger formulated the matrix(ial) understanding of origin as a therapeutic modality and philosophy. Her way of working aligns with how she approaches the human subject and psyche.
For her first solo show in Paris in over 22 years, Radicants publish a collection of essential texts on her work, including 2 essays by Jean-François Lyotard, a text by Noam Segal (curator of the show) and Amelia Jones, as well as a collaborative writing project by Precious Okoyomon and Bracha L. Ettinger herself.

"The work of Bracha Lichtenberg Ettinger is a labour of anamnesis, guided by the 'presence' of the Shoah. This 'presence', like that of 'the Thing', asks nothing - demands nothing, rather it makes itself forgetting: already forgotten along with the secret code used by the SS administration of the 'Endlösung' to foreclose its presence, and again under the benign name of Holocaust, under the ceremonial pardons of chiefs of State and chiefs of Church, and again under the memorial monuments—all modes of oblivion."
Jean-François Lyotard
Published on the occasion of Bracha Lichtenberg Ettinger's solo show at Radicants, Paris, in 2022, curated by Noam Segal. 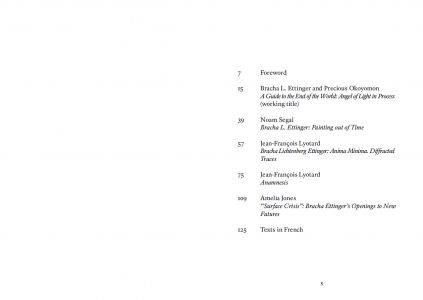 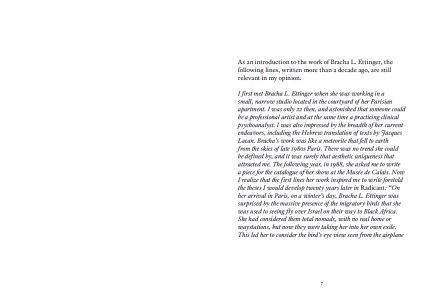 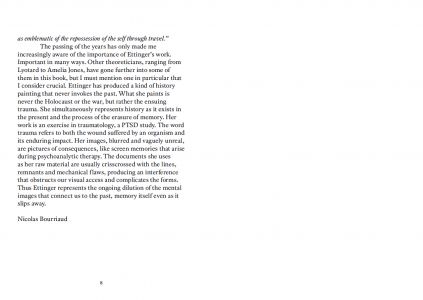 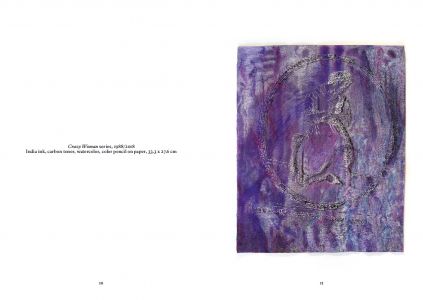 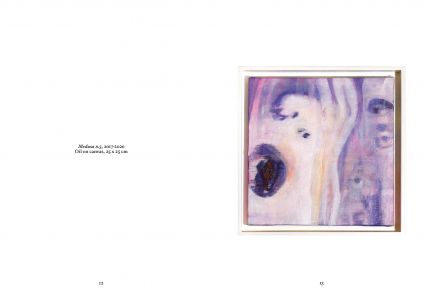 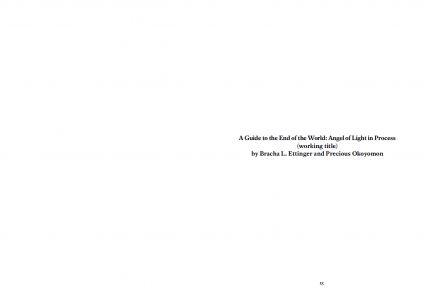 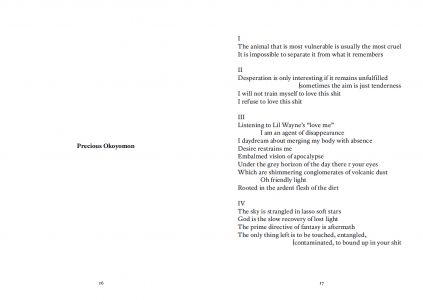 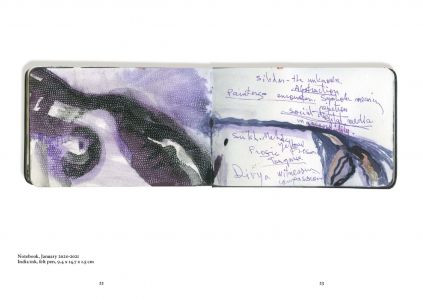 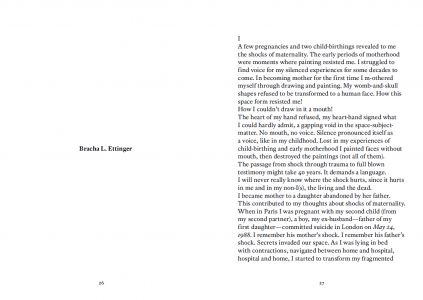 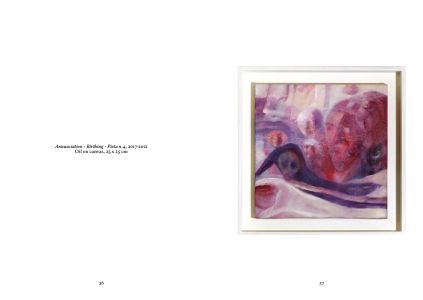 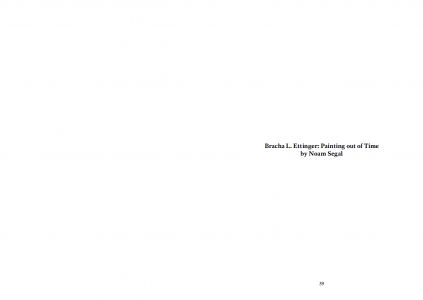 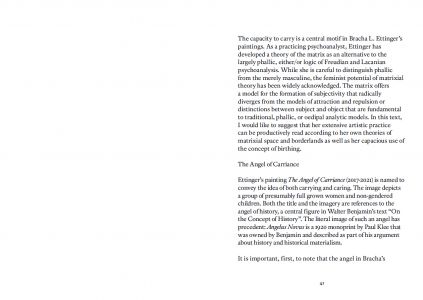 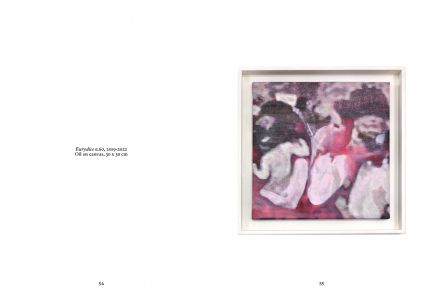 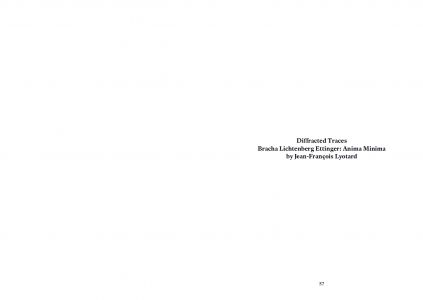 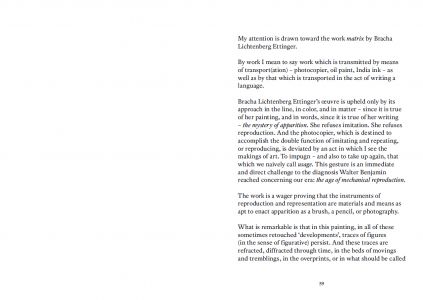 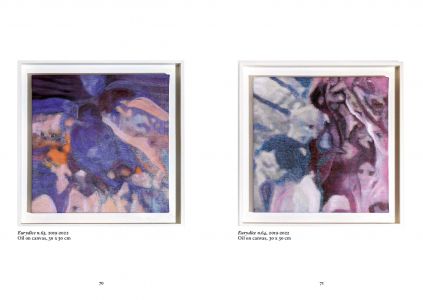 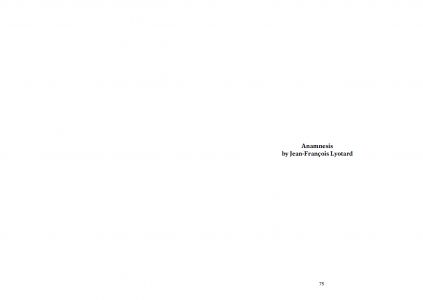 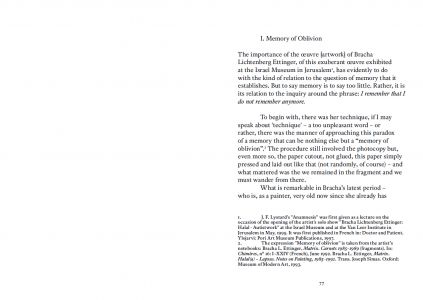 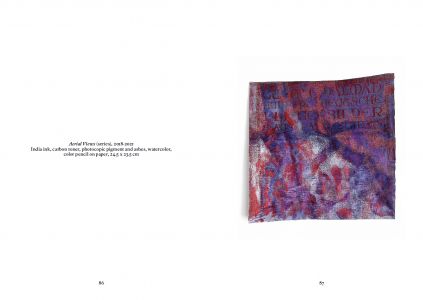 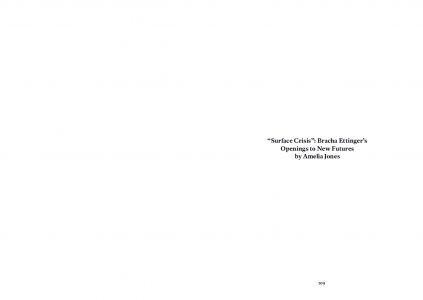 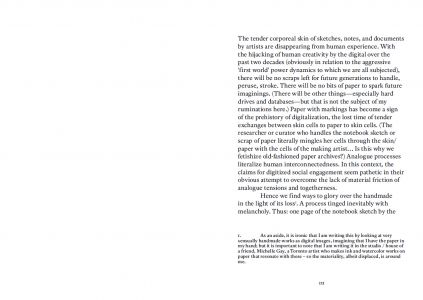 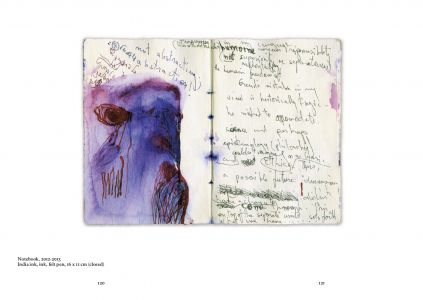 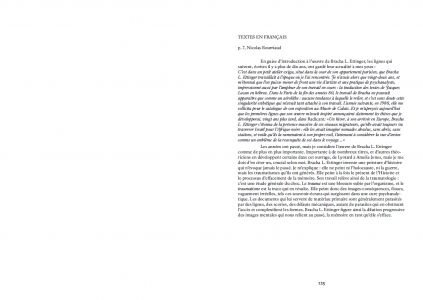 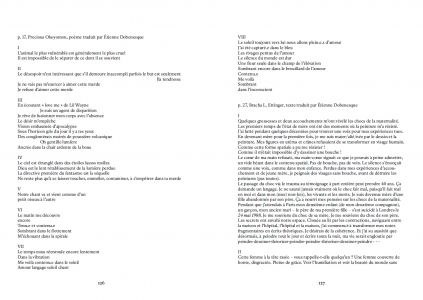 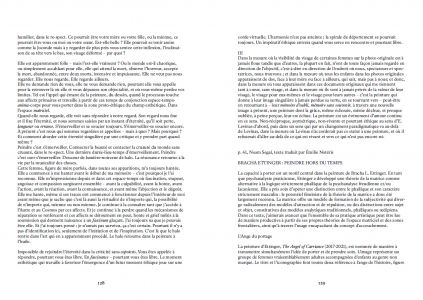 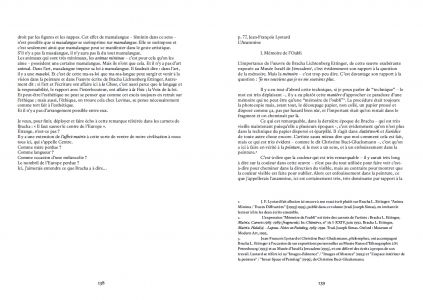