Amelia Jones (born 1961 in Durham, North Carolina) is an art historian, theorist and critic. Her research interests include feminist art, body art, performance art, video art, identity politics, and the New York Dada movement. Her early work established her as a feminist scholar and curator, including a pioneering exhibition and publication on the art of Judy Chicago; she later expanded her focus to include other topics of social activism, including notions of race, class, and identity politics. She has made significant contributions to the study of art and performance as a teacher, researcher and activist. 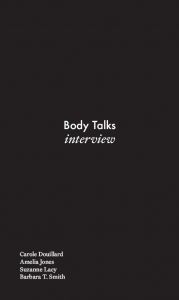