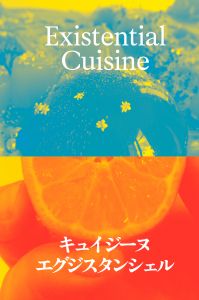 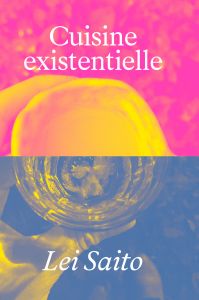 order
wishlist
The culinary performances and installations of the Japanese artist based in Paris (book printed in fluorescent pantones).
Lei Saito is interested in history, in narratives that are superimposed in layers, which she explores through different techniques, such as drawing, photoengraving, sculpture, photography, and installations.
Very early in her practice, she developed a series of performances and culinary installations—the "Cuisine Existentielle" (existential cuisine)—which she presented notably at the Centre Pompidou, and during collaborations at the Riga Biennial, or at the École des mines, Paris, the Hartung Bergman Foundation, Antibes, the Palais de Tokyo, Paris, at 104, Paris, and at the Abattoirs de Toulouse.
She creates "decapitated" pastries dressed in raspberry coulis for a July 14 party at the Palais de Tokyo, designs an edible landscape of purple and yellow vegetables for London's Matchesfashion, and installs an ice rink filled with clementine jelly in the Galerie de multiples in Paris. But the artist's world is not only marvelous, her work is built around a complex set of references and meanings, drawing from art history, mythology and language, which is invented between Japanese and French.
The compositions that Lei Saito creates are hybridization between culinary traditions, eras, and flavors that together form a new story crystallizing a sensual experience, a new and shared atmosphere. His artistic act aims to create an interaction between people, to make the audience live sensory experience, which then participates in the activation of the work itself. However, this is not a protocol but a characteristic that naturally lies at the heart of her practice: it is all about interaction and balance between the stories she weaves and the experiences she proposes.
To accompany this fantastic culinary narrative, three texts, written by Agnieszka Gratza, Alain Kruger, and Thomas Schlesser, cross the book. The contributions of these authors offer us a reflection on what "Cuisine Existentielle" means, as proposed by Lei Saito.
Lei Saito (born 1980 in Hirosaki) is a Japanese artist who has been living and working in Paris since 2003. She studied in Japan and at Annette Messager's studio at the Beaux-Arts de Paris, and was invited as a resident at the Rijksakademie in Amsterdam. Lei Saito is interested in history and layered narratives, which she explores through various techniques, such as drawing, photoengraving, sculpture, photography, and installations. She develops the concept of "Cuisine Existentielle" ("Existential Cuisine"), an edible landscape. Her works are proposals for an experience that is both delicious and conceptual.
Lei Saito's work has been presented at Abattoirs, Toulouse, France (2020); West Bund Museum/Centre Georges Pompidou, Shanghai, China (2019); KADIST, Paris, France (2019); Chiesetta della Misericordia, collaboration with RIBOCA (Riga Biennial), Venice, Italy (2019) ; AKINCI, Amsterdam, The Netherlands (2019); Galerie Jocelyn Wolff, Paris (2019); Palazzo Grimani, Venice, Italy (2019); Hartung Bergman Foundation, Antibes (2018), among others.
order wishlist
Texts by Alain Kruger, Agnieszka Gratza et Thomas Schlesser. 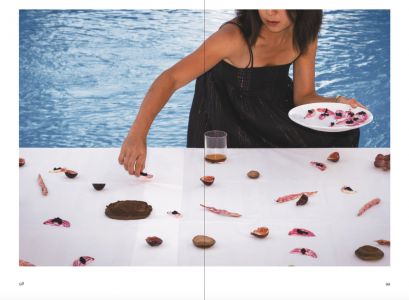 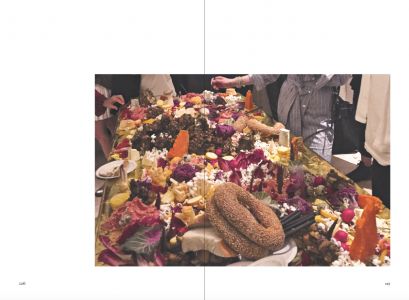 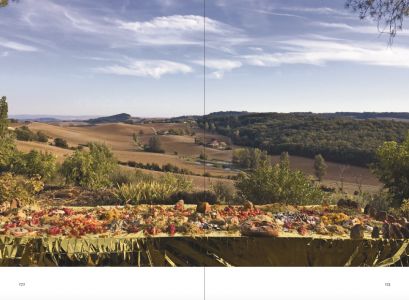 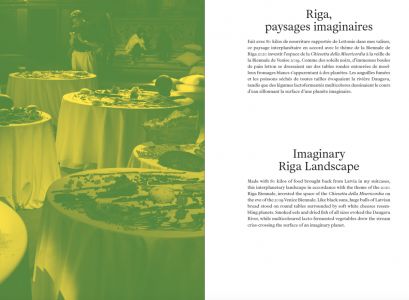 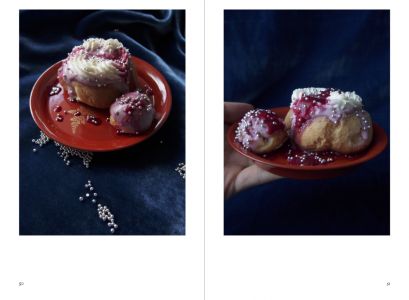 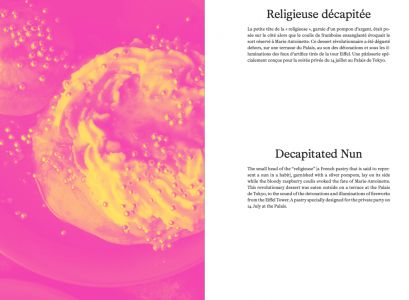