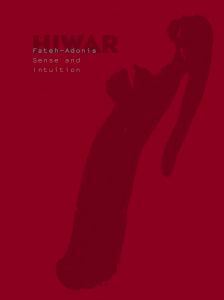 order
wishlist
In 1998, Mouna Atassi managed to bring together acclaimed Syrian artist Fateh Moudaress and Arab poet Adonis, for a conversation that lasted 4 days, in her gallery in Damascus. The conversation took place in arabic. A year later, Fateh Moudaress died. The conversation is finally translated from Arabic to English in this book, and 30 never seen before paintings and drawings by Fateh Moudaress are published for the first time.
"The 10th anniversary of the passing of Fateh Al Moudarres was commemorated by the publishing of Hiwar ('dialogue'), a book that records a lengthy dialogue between Fateh the artist and Adonis the poet. Fateh's art was also celebrated in an exhibition of his paintings launched in the presence of Adonis, Fateh's friend, interviewer and the primary instigator of engagement in this hiwar. That was in 2009, and I knew then, consciously or unconsciously, that it would be the most prominent yet final event that Atassi Gallery would celebrate. I must have been divining the end of an era. It was touching to see the milling crowds who attended the event, and to witness Adonis celebrate his absent friend by doing a book signing of this book, which tells the tale of the magnitude of his loss.
The book which was then published in Arabic is now finally translated into English, with texts by Ambra D'antone, Golan Hadji and an exclusive correspondence between Fateh Moudaress and Adonis, published here for the first time, in addition to more than 30 works by the Atassi Foundation."
Mouna Atassi
Fateh Moudarres (born 1922 in Aleppo, died 1999 in Damascus 1999) is widely regarded as one of Syria's most famous and influential artists. Throughout his career, he experimented with modernizing forms of expression and did so by combining components from Syrian art heritage and the human face with elements from nature. In his boldly-hued paintings, Islamic, Sumerian, Assyrian and Christian visual traditions merged and transformed into a distinctive style that hovered between abstraction and figuration, resulting in an oeuvre rich in symbolism. Moudarres was also keenly interested in Surrealism and Existentialism, exploring the role of the subconscious as a tool for inspiration, often practicing automatic drawing to this effect. He also drew on intense personal loss – his father died when he was a young child, and he, in turn, lost two children prematurely – and his work is full of the transformative power of death. To this effect, he was also interested in the potential of artwork to harness time, experimenting with color and form in an effort to try to distill and capture time itself. In addition to painting, Moudarres wrote extensively, producing poems and short stories, as well as critical essays on his philosophical and art critical inquiries.
Initially self-taught, Moudarres went on to graduate from the Accademia di Belle Arti in Rome in 1960, then the École Supérieure des Beaux-Arts in Paris in 1972, before becoming a teacher and Dean at the Faculty of Fine Arts in Damascus University, where he would work until 1993. Throughout his career, he was the recipient of numerous awards, and, together with Louay Kayyali, represented Syria at the 1961 Venice Biennale. He exhibited widely in solo and group exhibitions around the world, and his works can be found in prestigious collections such as Mathaf: Arab Museum of Modern Art, the Barjeel Foundation, the Atassi Foundation and, in Damascus, the National Museum, Ministry of Culture and Dummar Museum.
Adonis (or Adunis, born Ali Ahmad Said Esber, Al-Qassabin, 1930) is one of the most influential figures in modern Arabic poetry. Rebelling against the tropes of traditional Arabic poetry to experiment with free verse, variable meter and prose poetry (drawing on Neo-Sufism, mysticism and dream), he is responsible for a poetic revolution the scale of which has been compared to that of what T.S. Eliot did for the English poetic canon. He has produced some 20 volumes of poetry in addition to numerous books of criticism, translation and a multi-volume anthology of Arabic poetry covering 2000 years of verse (Diwan ash-shi'r al-'arabi). As a child, Adonis attended the local Kuttab for instruction in Islamic and literary studies. After an encounter with the Syrian President Shukri Al-Quwatli during a visit to his village in 1944, Adonis was granted a place at the French Lycée in Tartus, and by age seventeen was submitting poetry under the nom de plume of Adonis. He studied law and philosophy at the University of Damascus in 1951, before serving in the Syrian military. During this time, he was imprisoned briefly for alleged affiliations with the Syrian Social Nationalist Party, and upon his release, moved to Beirut in 1956. It was here, all within a few short years, that he met his wife, the literary critic Khalida Saleh-Said, pursued his PhD in Arabic literature, produced his first collection of poems and cofounded the progressive Arab literary journal Majjallat Shi'ir with Syrian-Lebanese poet Yusuf Al-Khal.
Adonis has collaborated with several artists, including Mona Saudi, Kamal Boullata and Ziad Dalloul as well as experimenting with visual art by writing and drawing simultaneously, blending mixed media with calligraphy and ink. He has been based in Paris since 1985.
order wishlist
Edited by Mouna & Shireen Atassi.
Texts by Mouna Atassi, Golan Hadji, Fateh Moudaress, Adonis, Ambra d'Antone. 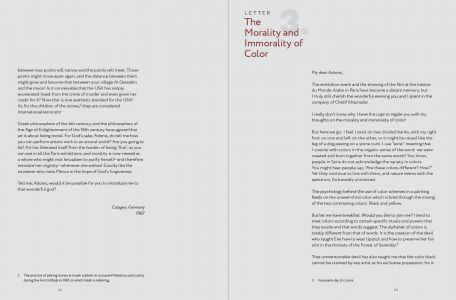 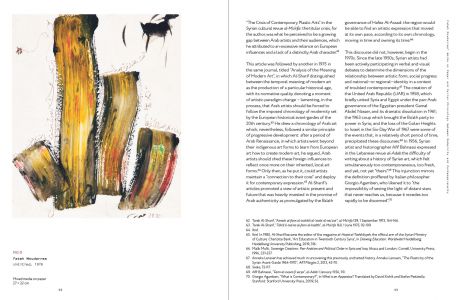 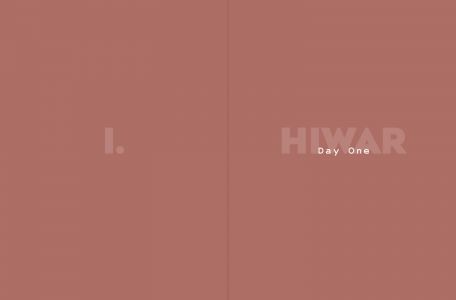 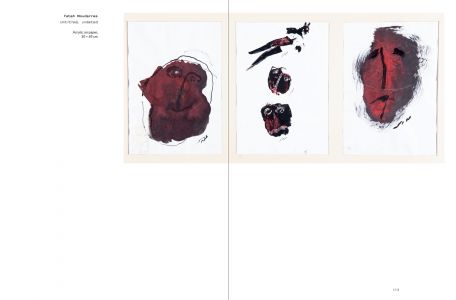 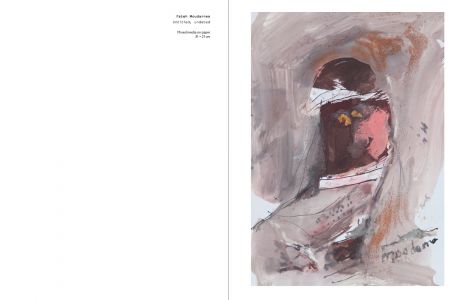 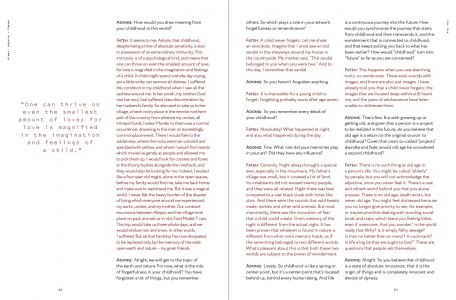 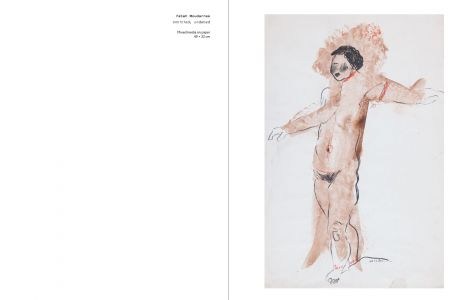 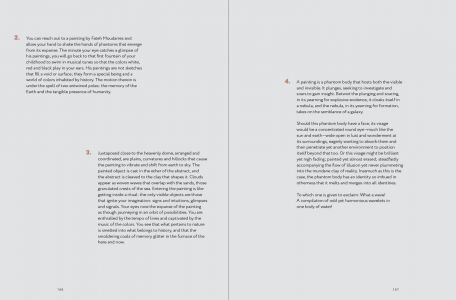