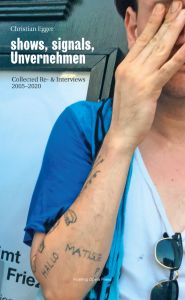 order
The collected reviews and interviews of art critic, curator, and artist Christian Egger.
Shows, Signals, Unvernehmen brings together fifteen years of Christian Egger's writings, from 2005 to 2020. The texts include interviews with artists such as Jutta Koether, Jonathan Meese, Cerith Wyn Evans, Amelie von Wulffen, and Gelitin, as well as reviews for magazines such as Camera Austria, Springerin, and Spike. This exemplary collection not only provides an overview of the exhibition practice of contemporary art production, primarily in Austria of that period, but also describes critical reflection and an intensive examination of the various varieties, tendencies, and protagonists of these years. More than this, the cumulative effect of the writings is to offer answers to how art provokes a response in the critic that he or she doesn't understand but so sets out to understand.
Christian Egger is a visual artist, musician, and critic based in Vienna. He is coeditor of the artist fanzine ztscrpt (www.ztscrpt.net). From 2013 to 2016 he worked as a curator at KM-Künstlerhaus, Halle für Kunst & Medien, Graz, where, in addition to numerous solo exhibitions, he's been responsible for themed group exhibitions as wow! Woven? Entering the (Sub)Textiles (2015) and Words as Doors in Language, Art, and Film (2014). In 2018, he realized Is It Language that They're After? (keine*r antwortete) at Kunsthalle Exnergasse, Vienna. In addition to numerous exhibition publications, his texts are regularly featured in international art magazines such Spike, springerin, Camera Austria, among others.
order
Texts by Christian Egger; introduction by Martin Herbert.
Drawings by Ebecho Muslimova 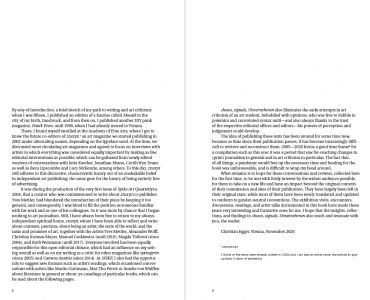 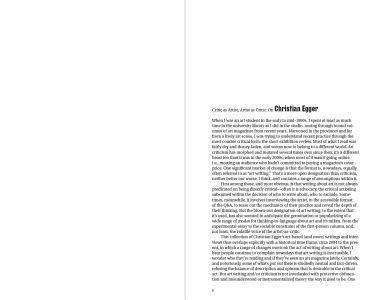 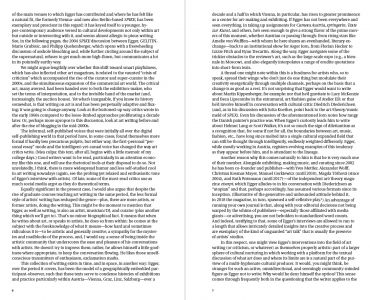 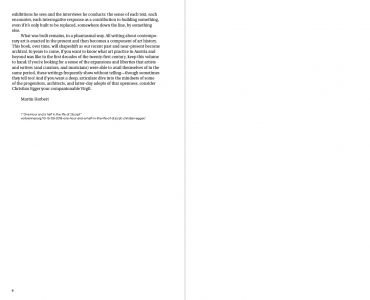 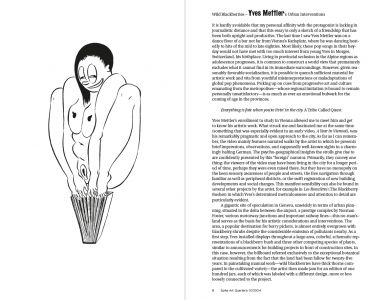