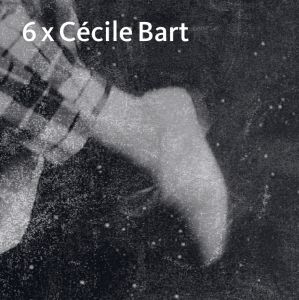 order
wishlist
Six films around six exhibitions by Cécile Bart, closer to the aesthetics of an artist's film than a documentary, introducing the viewer to the proximity of the works.
Since the late 1980s, Cécile Bart (born 1958 in Dijon, France) has induced viewers to experience seeing as an integral part of the world instead of detached from it. Her paintings are sometimes décor, sometimes moving bodies, and also part of an exhibition of the scenes created by the paintings themselves, to which are added the presence of the visitors. Indeed, Cécile Bart's paintings are sensitive tools for exploring the reality of a place and everything that gives life to it. Her painting/screen remains translucent; light passes through it and it can be seen through. It is almost impossible to look at the color alone. Everything which enters into the frame is projected onto it.
order wishlist
Films directed by Thomas Bart.
published in October 2020
1'21''
12.00 €
ISBN : 978-2-910595-28-9
EAN : 9782910595289
in stock
table of contents