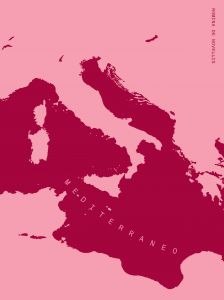 order
First monograph.
First publication dedicated to the work of the performing artist Romina De Novellis, Mediterraneo collects a selection of her works realized in the last ten years as well as an interview with Elisabetta Barisoni, head of Ca' Pesaro - Galleria Internazionale d'Arte Moderna, in Venice. The performances are deliberately described by the artist herself and poetically invite us to a deep reflection on the human condition, on its constraints and its limits, but also on the political and social crisis that is currently affecting the Mediterranean basin.
Performance artist, born in Naples in 1982, Romina De Novellis grew up in Rome and lives and works in Paris since 2008. She was a professional dancer, who graduated from the Royal Academy of Dance of London (method) in 1999, she also graduated from the DAMS (University of Rome 3) in 2008. She is a PhD student in anthropology at the EHESS (Paris). After she underwent a serious scooter accident in 2004, she became a performance artist.
Her work is centred on the body: it is the subject and the object of all her art work. With her body, Romina De Novellis denounces all abuses and limitations of the contemporary society regarding our bodies.
She works on the issues regarding the Euro-Mediterranean area: cultural limitations, problems caused by religion, body language, and the social condition of migrants. At the borderline between Europe and Africa, as an Italian artist, Romina De Novellis seeks through her body to create a link between the Mediterranean history and all the Western world's errors and abuses committed on the African continent and on the Mediterranean basin.
Romina De Novellis considers her country, Italy, in the middle of a sort of a “sandwich”: Italy is actually pressed between Africa and Europe, and it represents the “limbo zone” of these two opposite worlds. Italy is in the “South of Europe” and is the “North of Africa” at the same time and in the same metaphoric geographical area as a large continent, the “Eurafrica”, without borders but with all the political, economic and cultural blocks and limits.
order
Texts by Romina De Novellis and Elisabetta Barisoni. 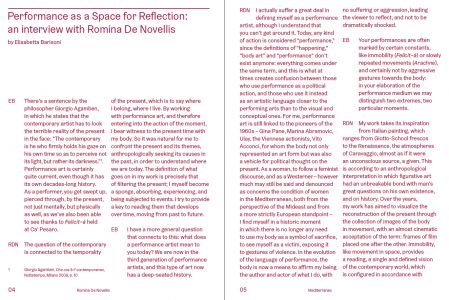 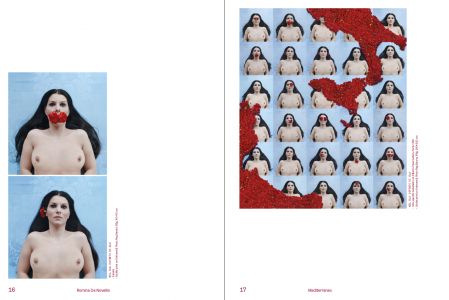 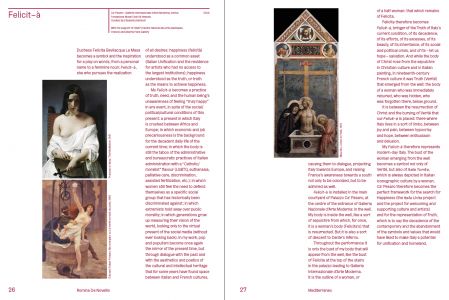 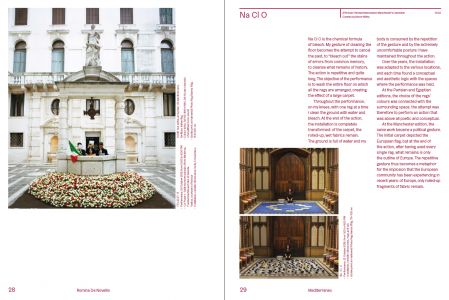 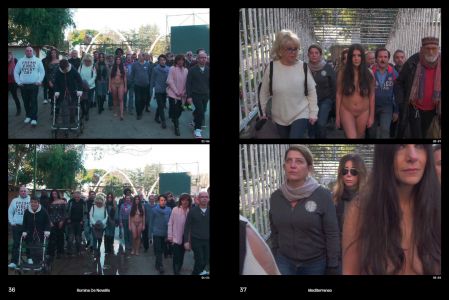 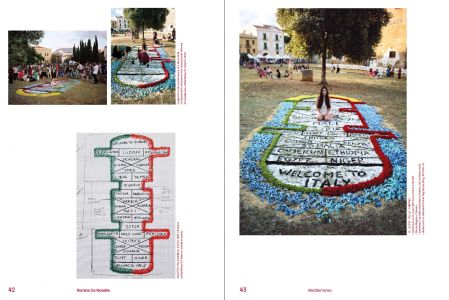 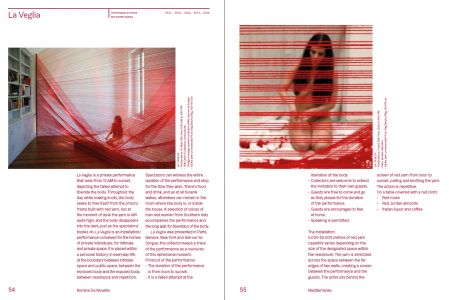 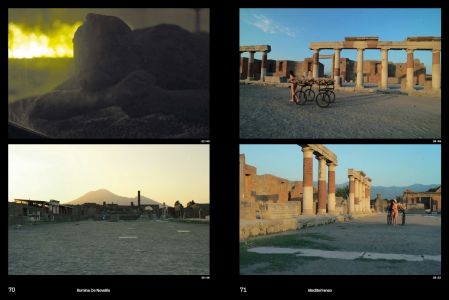 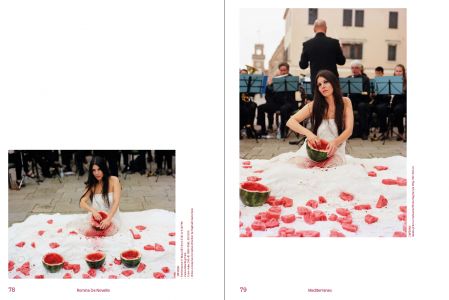 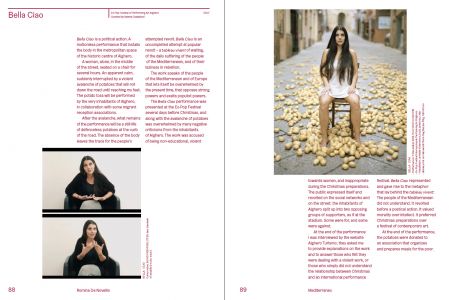 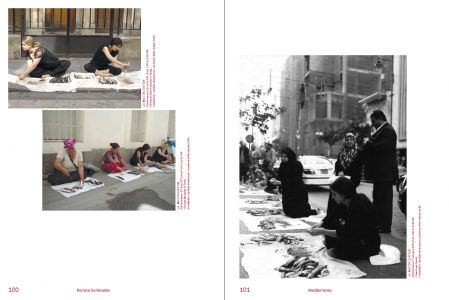 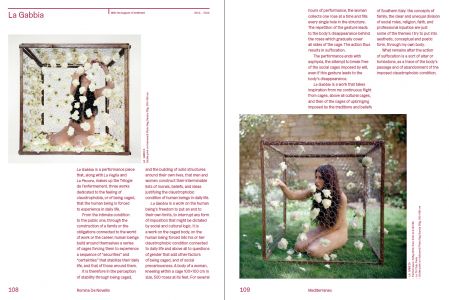 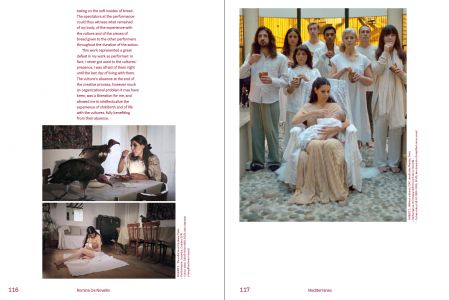 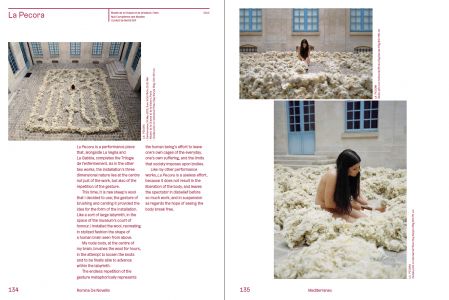