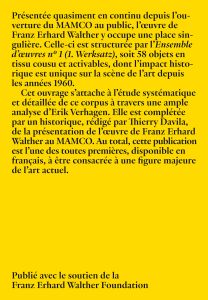 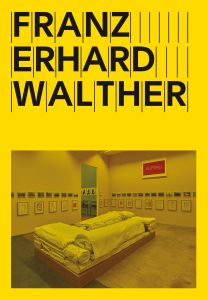 order
wishlist
A detailed analysis of Franz Erhard Walther's pioneering Werksatz series of wearable fabric sculptures by Erik Verhargen, accompanied by a history of the piece by Thierry Davila.
In 1991, as MAMCO Geneva was preparing to open, founder and museum director Christian Bernard asked several artists to think about how they would like to sum up their practice for presentation in the museum. German artist Franz Erhard Walther (born 1939) proposed a “Werklager”—a storeroom containing works produced between 1961 and 1972. Walther's “Werklager” has been on display at MAMCO Geneva almost without interruption since the museum opened more than 20 years ago.
At the heart of this collection is Walther's 1. Werksatz, or First Work Set, series of wearable fabric objects from 1963–69. Walther described these objects as “instruments for processes”; activated by bodies (pulled through openings, connected by straps, tied and fastened in) or while they lay dormant, they constitute a form of participatory minimal sculpture. Emphasizing process and activation, these pieces circumvent “the seemingly inviolable contract that a work is an object produced by an artist,” as the artist put it. “I started conceiving my work out of an action, out of an act.” Franz Erhard Walther: 1. Werksatz, copublished with the Franz Erhard Walther Foundation, focuses on this groundbreaking series.
After studies in decorative art and at a school of fine Art, Franz Erhard Walther (born 1939 in Fulda, Germany, lives and works near Hamburg) enrolled at the Kunstakademie in Düsseldorf. He contributed to the historic exhibitions When attitude becomes form (1969-1970), organised by Harald Szeemann at the Kunsthalle in Berne, as well as Spaces at MOMA (1969-1970). He produces complex works, showcasing installations and sculptures which involve the spectator in his sensory entirety and engage the whole body.
Franz Erhard Walther was awarded the Golden Lion at the 57th Venice Biennale in 2017.
order wishlist
Texts by Erik Verhargen and Thierry Davila.
published in February 2020
French edition
16 x 23 cm (softcover)
148 pages (color & b/w ill.)
25.00 €
ISBN : 978-2-940656-02-8
EAN : 9782940656028
in stock
table of contents
press releases
Critique d'art, Alban Loosli
Artpress, Anne Bertrand 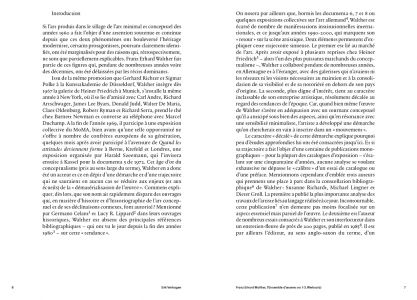 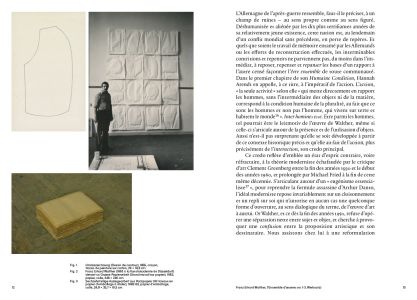 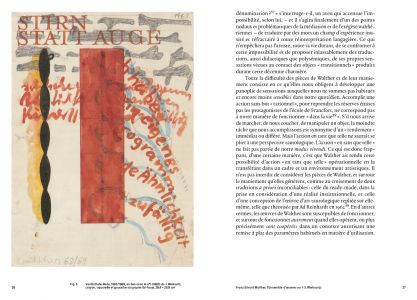 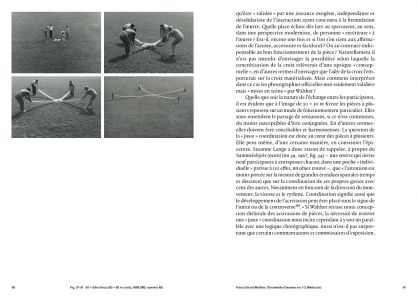 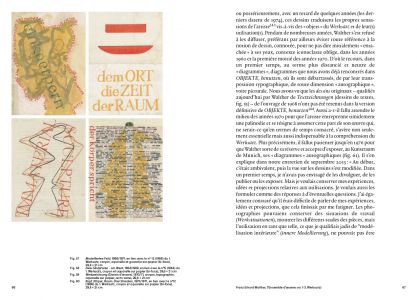 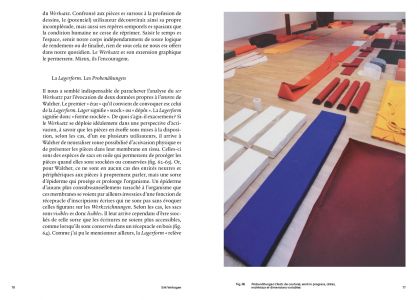 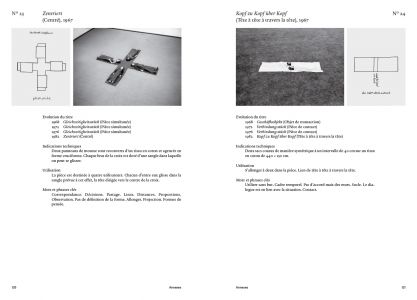 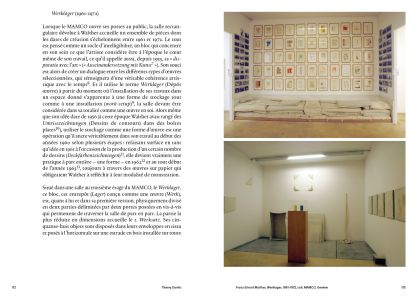 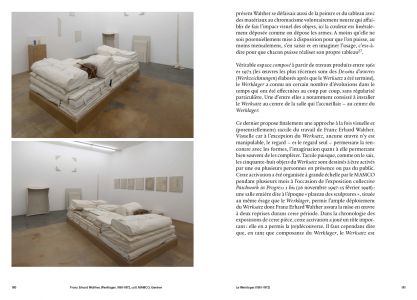