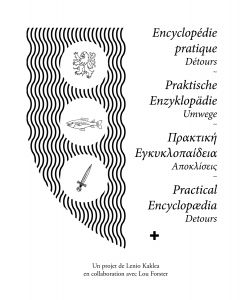 order
wishlist
Since 2016, choreographer Lenio Kaklea has been collecting the practices of Europeans. Taking to the streets and pathways of Athens, Aubervilliers, Essen, Guissény, Nyon, and Poitiers, she has gathered nearly 600 unique stories. This compilation testifies to the familiarity and diversity of habits, of rituals, and of trades that compose and distinguish these territories.
From hunting to plumping, by way of idleness to Zumba, Practical Encyclopædia. Detours exposes a contrasting landscape where different manners of moving through the world intersect. In transcribing the voices of these actors, the choreographer composes an epic work that departs from our intimate relation to movement, and invites us to consider the space where the subject is built in action. Opening with an autobiographical essay, this multilingual book (German, English, French, Greek) situates the work of the dance studio vis-à-vis the places, gestures, and relations that Kaklea has investigated.
Lenio Kaklea is a dancer, choreographer and writer born in Athens and based in Paris.
As a young dancer, she studies at the National Conservatory of Contemporary Dance in Athens, where she is formed through classical ballet and American modern dance techniques such as Martha Graham, Merce Cunningham and Jose Limon. In 2005, she is awarded the Pratsika Foundation Prize and moves to France, where she studies at the CNDC in Angers and collaborates with prominent figures of the European dance scene such as Boris Charmatz, Alexandra Bachzetsis, Claudia Triozzi and Emmanuelle Huynh. In 2011, eager to extend her artistic practice, she completes the program SPEAP, a master on experimentation in arts and politics directed by Bruno Latour at Sciences Po in Paris.
Since 2009, Lenio Kaklea develops choreographic projects using a range of media including dance, performance, text and film. In her work, she explores the production of subjectivity through the organized repetition and transmission of movements and seeks to reveal the intimate and marginal spaces in which we, as individuals, construct our identity. An important strand of her work is the project Practical Encyclopaedia. From 2016 to 2019, taking to the streets and pathways of different peripheral European territories she gathers nearly 600 unique stories that testify to the familiarity and diversity of habits, of rituals, and of trades that compose and distinguish these terrains. Different artistic forms see the light within this project (a solo and a group piece, a video installation and two publications in collaboration with art historian and curator Lou Forster).
Her work has been presented at different institutions and festivals throughout Europe, such as the Centre Pompidou, CN D, ImPulsTanz Festival, Onassis Foundation, Triennale of Milan, Laboratoires d’Aubervilliers, documenta 14/Public programs, NEXT Festival, Passerelle Art center, PACT Zollverein, Les presses du réel.
Along with her personal choreographic projects, she engages in collaborations with other artists. In 2013, she pursues a solo collaboration with American choreographer Lucinda Childs on the music of Ryoji Ikeda. In 2016, she is invited curator at the National Scene of Brest and presents Iris, Alexandra, Mariela, Katerina et moi, a focus on contemporary Athenian female choreographic production. In 2017, she accompanies the choreography of Suite No 3, a stage concert by Joris Lacoste and Pierre-Yves Macé. In 2019, she undertakes a collaboration with pianist Orlando Bass in order to choreograph Sonatas & Interludes, the emblematic work for prepared piano by John Cage.
In 2019, she is awarded the Dance Prize of the Hermès Italia Foundation and creates Ballad, a solo for the Triennial of Milan.
order wishlist
Edited by Lou Forster and Lenio Kaklea. 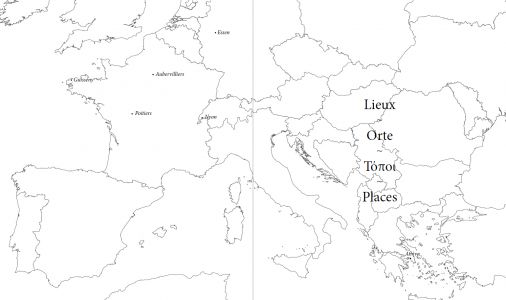 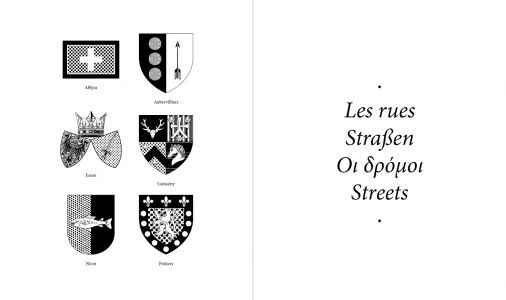 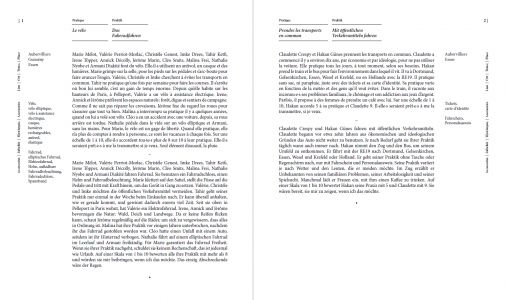 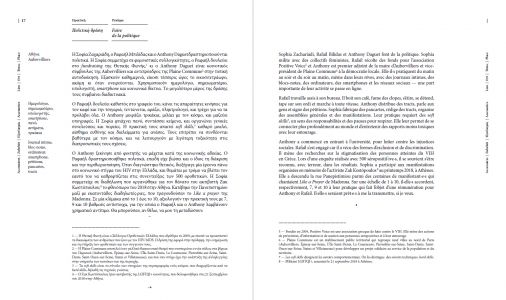 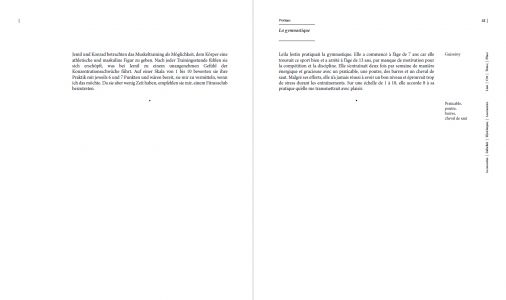 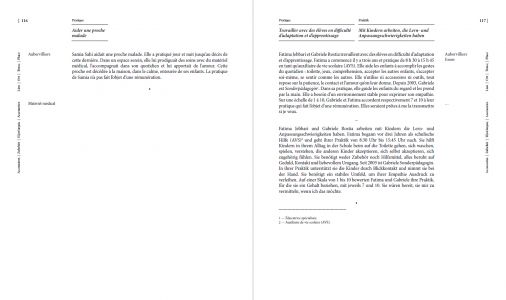