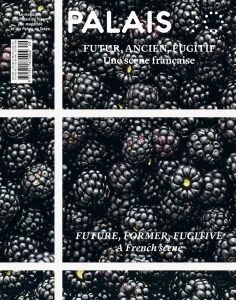 order
The issue 30 of the magazine Palais is published on the occasion of the exhibition “Future, Former, Fugitive,” presented at Palais de Tokyo from 16 October 2019 to 5 January 2020. This exhibition devoted to a French scene is based on an open view of belonging to a land and it escapes from the effects of a tabula rasa dictating that one generation eclipses another. It unites a good forty artists born between the 1930s and the 1990s, but who all live and work in and within their era.
Featured in issue 30:
This vast interview, which brings together the many voices of the artists in the exhibition, has been put together based on their answers to a series of thematic questions which they were asked individually. It pays attention to the contexts in which their practices have developed—concerning their theoretical or artistic influences, their lifestyles and material conditions of existence, or else their relationship with transmission—and attempts to draw up a (necessarily fragmentary) panorama of what nourishes, influences and inspires their work. This interview is illustrated by an extensive iconographic collection of over two hundred works.
With Nils Alix-Tabeling, Mali Arun, Fabienne Audéoud, Carlotta Bailly-Borg, Grégoire Beil, Martin Belou, Jean-Luc Blanc, Maurice Blaussyld, Anne Bourse, Kévin Bray, Madison Bycroft, Julien Carreyn, Antoine Château, Nina Childress, Jean Claus, Jean-Alain Corre, Jonas Delaborde, Bertrand Dezoteux, Vidya Gastaldon, Corentin Grossmann, Hendrik Hegray, Agata Ingarden, Renaud Jerez, Pierre Joseph, Laura Lamiel, Anne Le Troter, Antoine Marquis, Caroline Mesquita, Anita Molinero, Aude Pariset, Nathalie Du Pasquier, Marine Peixoto, Jean-Charles de Quillacq, Antoine Renard, Lili Reynaud-Dewar, Linda Sanchez, Alain Séchas, Anna Solal, Kengné Téguia, arah Tritz, Nicolas Tubéry, Turpentine, Adrien Vescovi, Nayel Zeaiter et la participation visuelle de Marc Camille Chaimowicz.
As well as six originals essays:
–A text by the curatorial team (Franck Balland, Daria de Beauvais, Adélaïde Blanc, Claire Moulène and Marilou Thiébault) presents the exhibition's issues and offers a thread leading through it.
–“An Artist is Always More than an Artist” by Laurent Jeanpierre: he offers a socio-economic study of artists' lives and the ways of being an artist in France today. He analyses their impact on the way art is produced, exhibited and understood.
–“Robinson and the Fugitives” by Éric Mangion: he examines the way in which a young generation of artists turns aside and moves off the beaten track so as to invent new ways of making art and sharing it.
–“Bacchus and Electricity” by Jill Gasparina: she sketches out a history of the both conflictual and fertile relations between the sciences, technologies and art in France. She highlights how a “French-style” technological imaginary nourishes contemporary artistic creation.
–“Interface Massage” by Elsa Boyer: she studies the intimate, bodily and emotional relationships which we develop on contact with digital interfaces and tools, and how artists adopt them via an aesthetic of vulgarity (i.e. commonness as well as coarseness).
–“It's Today, Still” by Géraldine Gourbe: she examines the difficult heritage of a French identity on the current artistic scene. In an attempt to pinpoint the possible reasons for this, she goes back over an episode in the history of art in France: Nouveau Réalisme.
Published twice a year, Palais magazine offers an in-depth perspective on the exhibitions and program of the Palais de Tokyo. Palais allows people to see contemporary art in a topical way, as often as possible from the point of view of the artists themselves. Each issue of the magazine includes dossiers, interviews, essays, special projects and inserts, all contributed by artists, art critics, historians or theorists, making Palais magazine an essential tool for apprehending contemporary art.
order
published in October 2019
bilingual edition (English / French)
22,5 x 28,5 cm (softcover)
216 pages (color ill.)
15.00 €
ISBN : 978-2-84711-114-9
EAN : 9782847111149
in stock 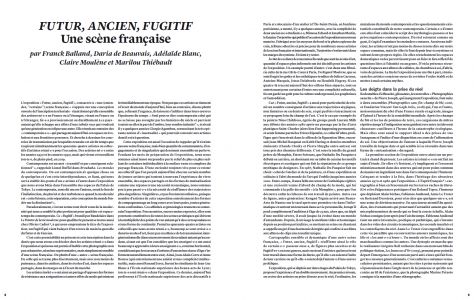 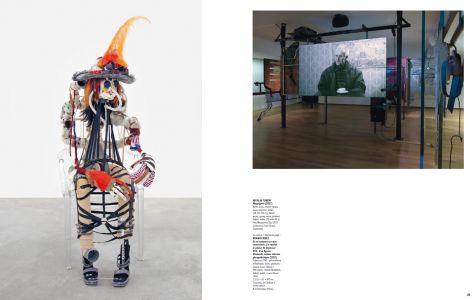 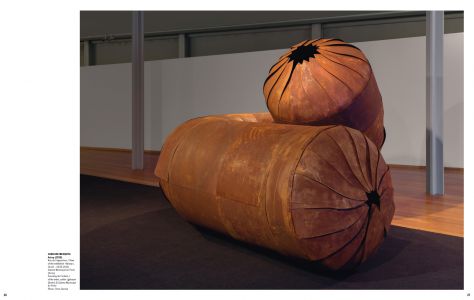 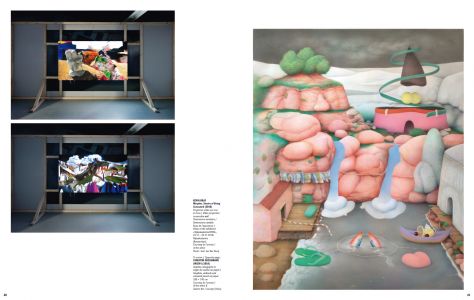 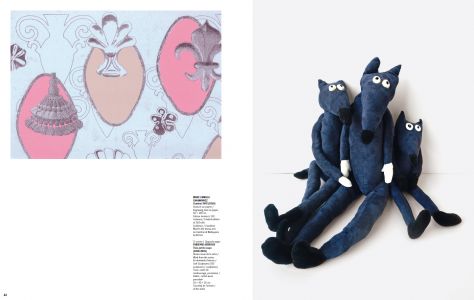 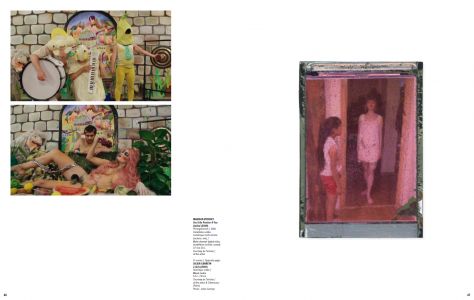 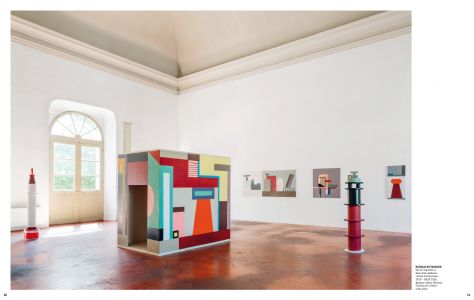 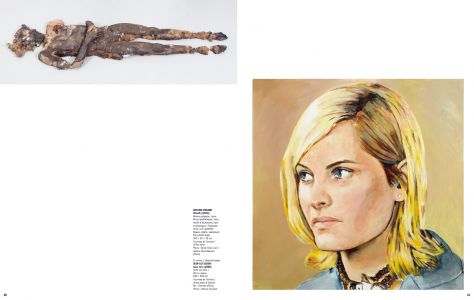 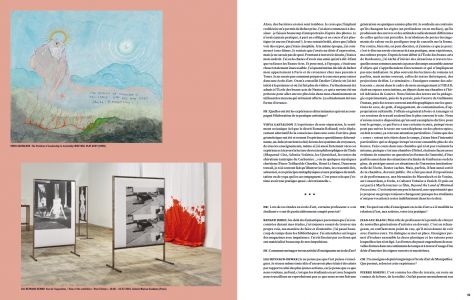 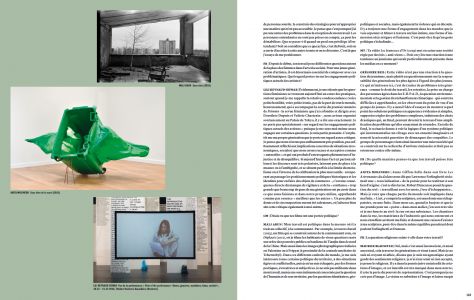 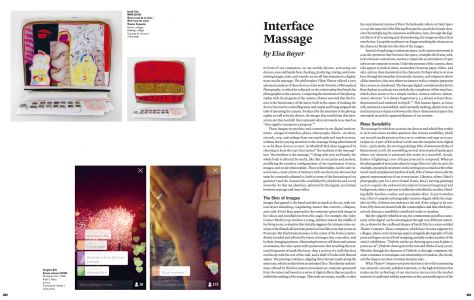