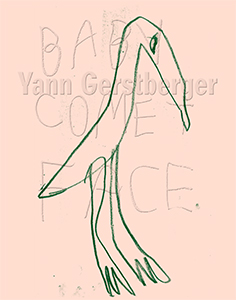 order
wishlist
This monograph provides an exhaustive look at the practice of Yann Gerstberger, a French artist exiled in Mexico, whose work is deeply rooted in Mexican popular culture and pre-Columbian mythologies. The publication gathers series of works (sketches, photocopies, neon paper drawings and collages, tapestries), two essays, and poems by Gabriela Jauregui. The edition features an annex booklet devoted to exhibition views.
“I want to see large birds, snakes, and creatures of the night.” — Joan Miró

Zulu Press is delighted to announce the release of Baby Comet Face, artist Yann Gerstberger's first monograph. Totaling some 200 pages, this edition presents more than 40 large scale tapestries, and, for the first time, an extensive series of drawings, sketches, collages straight from the artist's studio. The publication is accompanied by texts by anthropologist-cum-ethnobotanist Wade Davis, Mexican poet Gabriela Jauregui and pre-Hispanic and colonial art historian Catalina Ospina.
In addition to the main volume, Baby Comet Face includes a 32-page annex of Gerstberger's exhibitions and large-scale murals. Sitting somewhere between a monograph and an artist book, comprising of four paper-stocks and different print finishes, this publication is conceived as a direct extension of Yann Gerstberger's rich artistic practice.
Yann Gerstberger (born 1983 in Cagnes sur Mer, France, lives and works in Mexico City, Mexico) is a French artist who since 2012 has lived in Mexico City, where he has created a series of textile tapestries developing narratives inspired by patterns from Mexican popular culture, art history, and nature. These works are produced with an original technique conceived by the artist: he glues cotton fibers (taken from mops) one by one onto vinyl in order to form colorful surfaces, which are then mixed with industrial fabric, preferably the patterned or textured ones he finds in the city's markets. The cotton fibers are dyed by hand, using a mixture of natural Mexican dyes such as cochineal, and industrial ones such as Citocol, the most basic dye available in the supermarket. Suggesting craftsmanship as a possible continuation of the modernist pictorial project (he cites Picabia, Matisse, and Picasso as inspirations), Yann Gerstberger builds a vernacular vocabulary through his tapestries/paintings, one that references the “Fábulas Pánicas” of Jodorowsky, the fantasy of the tropical seen from Europe, post-graffiti, and the history of abstraction along with its repertoire of ambiguous and mystical shapes.
order wishlist
Texts by Wade Davis, Catalina Ospina, Gabriela Jauregui.
published in February 2019
bilingual edition (English / Spanish)
23,5 x 29,7 cm (hardcover)
200 pages + 32 pages (color ill.)
70.00 €
ISBN : 978-84-09-04622-5
EAN : 9788409046225
in stock 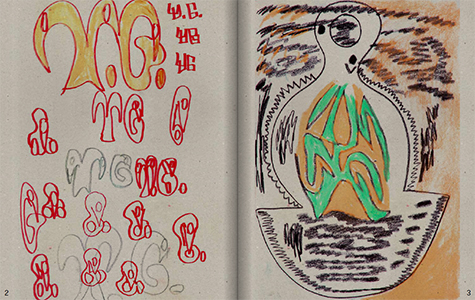 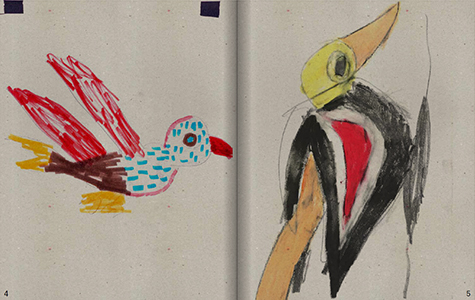 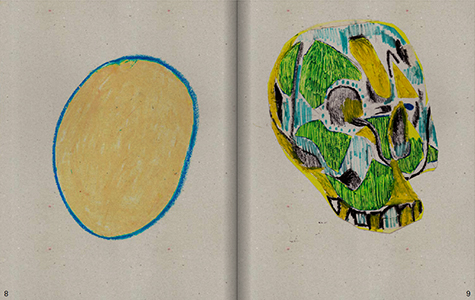 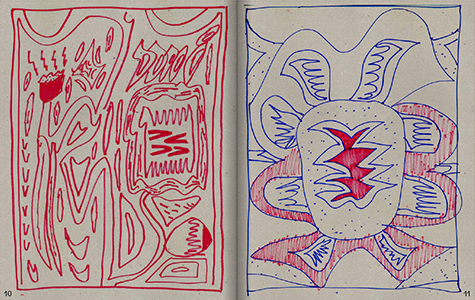 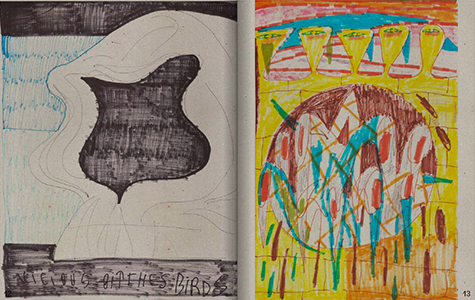 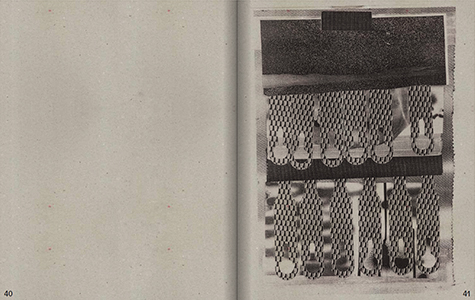 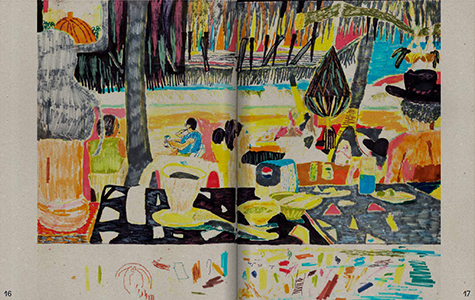 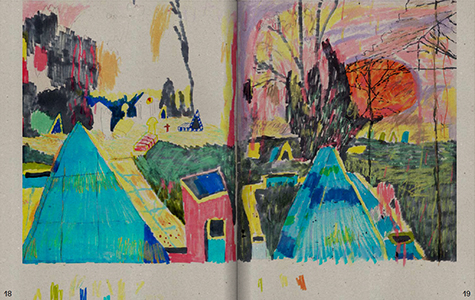 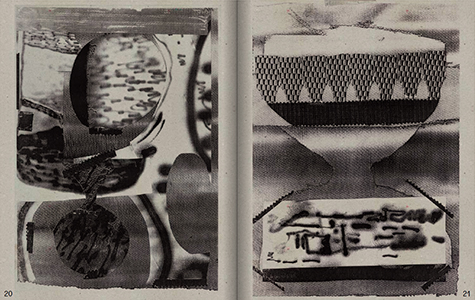 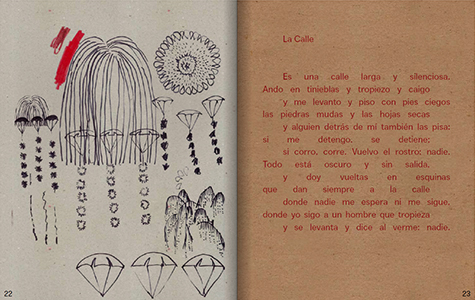 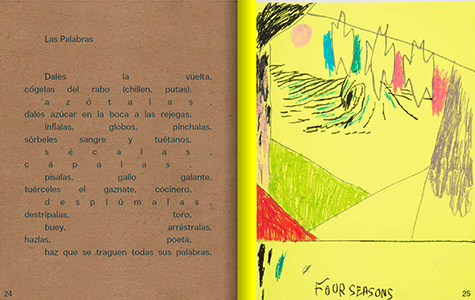 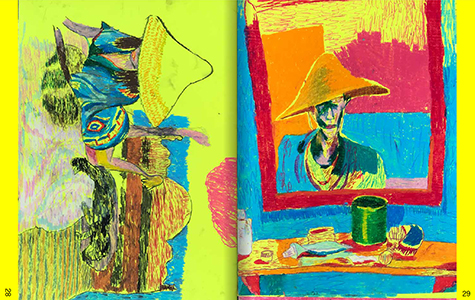 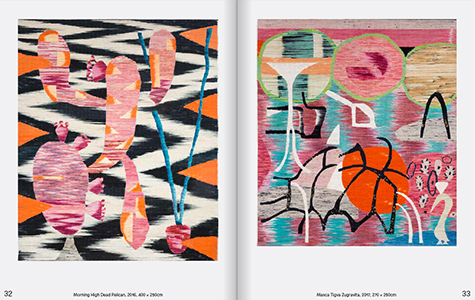 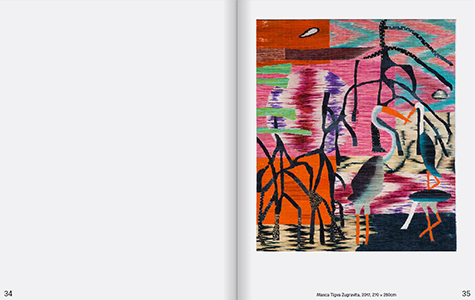 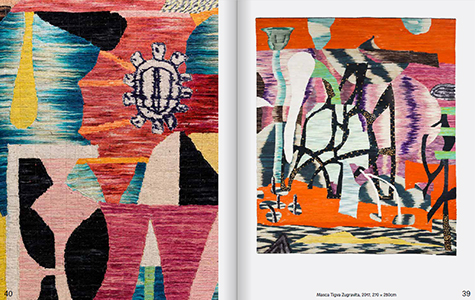 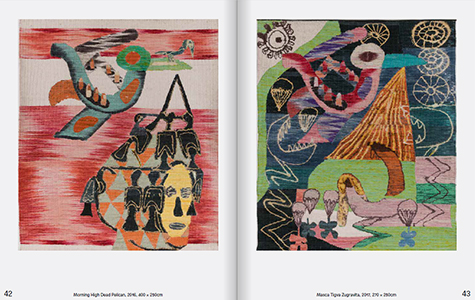 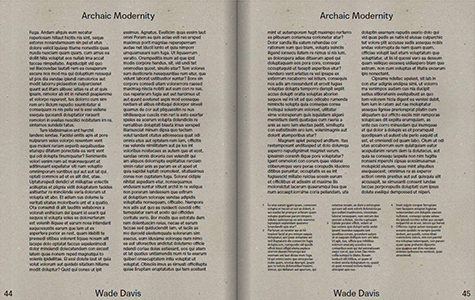 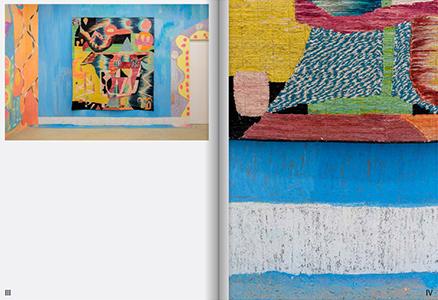 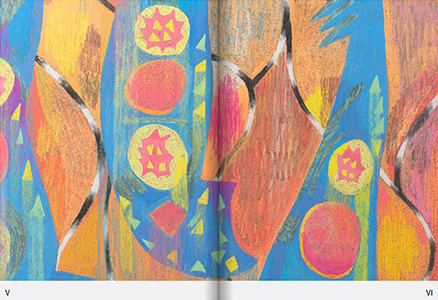