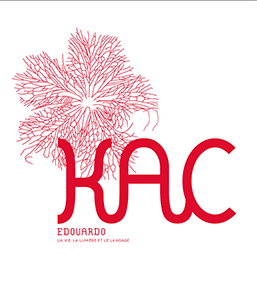 order
wishlist
An investigation into Eduardo Kac's practice in 50 questions asked by digital art historian Dominique Moulon.
Since 1980 Eduardo Kac initiated multiple artistic practices. He conceived robotic, interactive or telepresence works before he engaged with the living, defined since 1998 as Transgenic Art. He is also the author of many poems of differing forms when using the creative potentials of holography, digital technologies and biotechnologies. On the occasion of his solo exhibition entitled “Light, Life and Language” presented at Enghien-les-Bains Art Center, I kept up an eclectic correspondence style with the artist alternating text, image and sound, that we pursued for over six months between Paris and Chicago. My ambition: explore in about 50 questions the relationship and dialogues that Eduardo Kac sets up and maintains with the “other”, whether biological or non biological, and with beings, human or not.
Dominique Moulon
Published on the occasion of the eponymous exhibition at the Centre des arts d'Enghien-les-Bains, from January 21 to April 10, 2011.
Eduardo Kac (born 1962 in Rio de Janeiro) is internationally recognized for his telepresence and bio art. A pioneer of telecommunications art in the pre-Web' 1980s, Eduardo Kacemerged in the early 1990s with his radical works combining telerobotics and living organisms. His visionary integration of robotics, biology and networking explores the fluidity of subject positions in the post-digital world. His work deals with issues that range from the mythopoetics of online experience to the cultural impact of biotechnology; from the changing condition of memory in the digital age to distributed collective agency; from the problematic notion of the “exotic” to the creation of life and evolution. At the dawn of the twenty-first century Kac opened a new direction for contemporary art with his “transgenic art”.
order wishlist
published in November 2011
bilingual edition (English / French)
21 x 24,5 cm (softcover)
92 pages (color ill.)
20.00 €
ISBN : 978-2-916639-17-8
EAN : 9782916639178
in stock 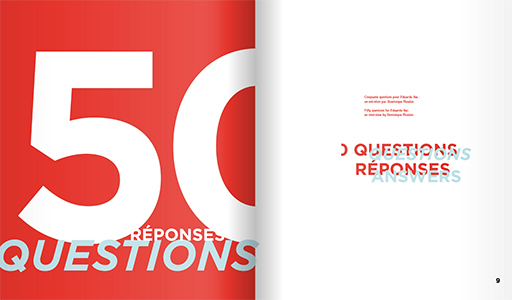 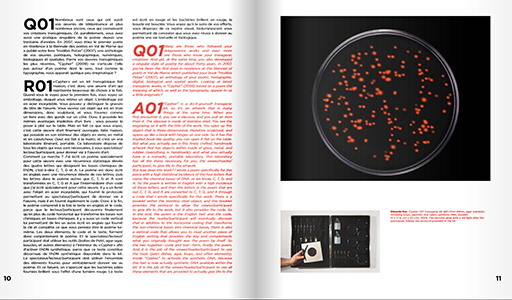 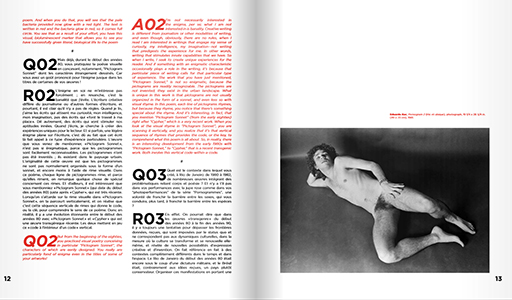 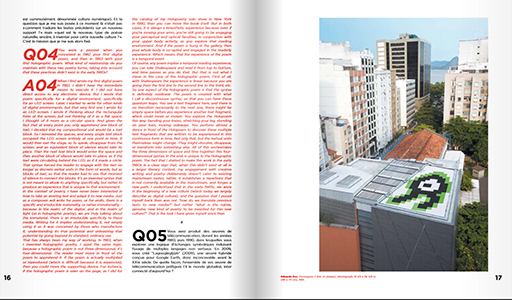 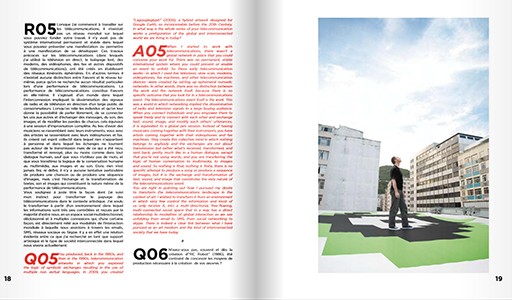 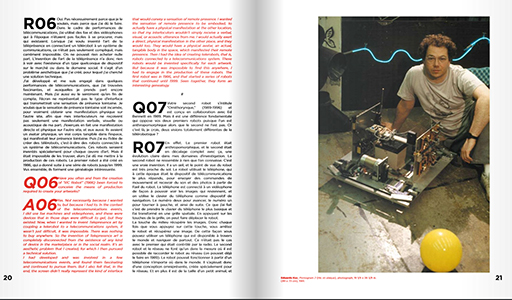 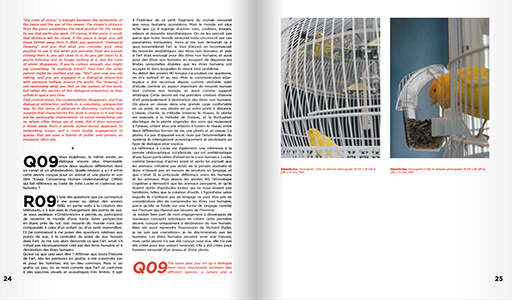 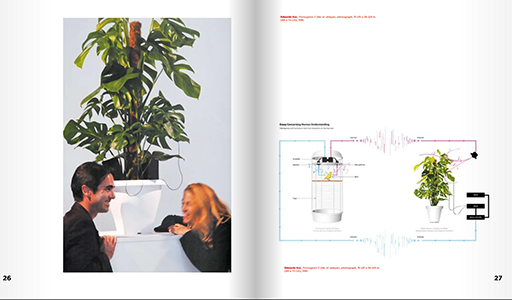