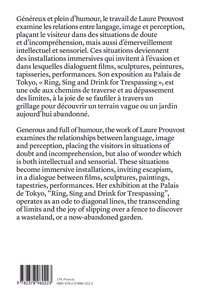 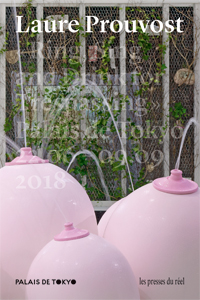 order
wishlist
New monograph.
Generous and full of humour, the work of Laure Prouvost examines the relationships between language, image and perception, placing the visitors in situations of doubt and incomprehension, but also a wonder which is both intellectual and sensorial. These situations become immersive installations, inviting escapism, in a dialogue between films, sculptures, paintings, tapestries, performances. Her exhibition at the Palais de Tokyo, “Ring, Sing and Drink for Trespassing”, at the heart of this monograph, operates as an ode to diagonal lines, the transcending of limits and the joy of slipping over a fence to discover a wasteland or, a now-abandoned garden.
Published on the occasion of Laure Prouvost's solo exhibition “Ring, Sing and Drink for Trespassing” at the Palais de Tokyo, from June to September 2018.

Emanuele Coccia is a lecturer at EHESS (Paris). He is the author of Sensible Life (2016), and Goods: Advertising, Urban Space and the Moral Law of the Image (2018). Forthcoming in English: The Life of Plants. A Metaphysics of Mixture. With Giorgio Agamben, he has edited an extensive anthology covering angels in Judaism, Christianity and Islam: Angeli. Giudaismo, Cristianesimo, Islam (2009).
Laure Prouvost was born in Justelieu (France) in 1961, before moving to London, where she studied at Central Saint Martin's College, then Goldsmith College. She now lives between London, Antwerp and a caravan in the Croatian desert.
Her work adopts the form of independent stories that intersect and answer to each other, in which fiction mixes with reality. These situations become immersive installations, inviting escapism, in a dialogue between films, sculptures, paintings, tapestries, performances or fragmentary tales, sometimes addressed directly at visitors. Generous and full of humour, her work examines the relationships between language, image and perception, placing the visitors in situations of doubt and incomprehension, but also a wonder which is both intellectual and sensorial.
The winner of the Max Mara Art Prize in 2011 and of the Turner Prize in 2013, appointed to represent France at the 58th Venice Biennale in 2019, Laure Prouvost has had numerous solo exhibitions around the world, in particular recently: Walker Art Center (Minneapolis, 2017), Pirelli Hangar Bicocca (Milan, 2016), Fahrenheit (Los Angeles, 2016) or Haus der Kunst (Munich, 2015); but also in France at the Consortium (Dijon, 2016) and the Musée de Rochechouart (2015). Among the recent group shows she has taken part in, mention can be made of the 13th Baltic Triennial (Vilnius, 2018), “Speak” at the Serpentine Gallery (London, 2017), “Practising habits of the day” at the ICA (Singapore, 2016) or “Hybridize or Disappear” at the National Museum of Contemporary Art - Museu do Chiado (Lisbon, 2015).
order wishlist
Edited by Frédéric Grossi
Texts by Karen Archey and Emanuele Coccia, interview with Laure Prouvost by Daria de Beauvais. 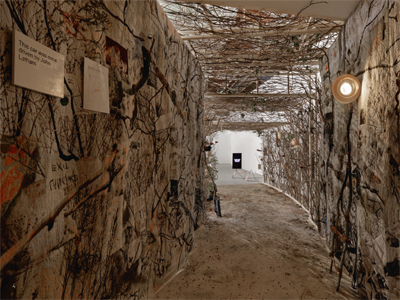 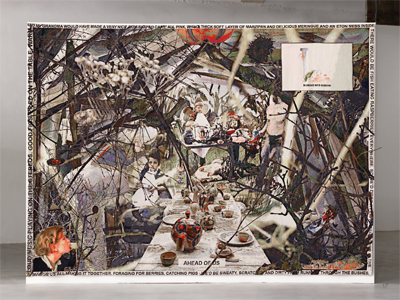 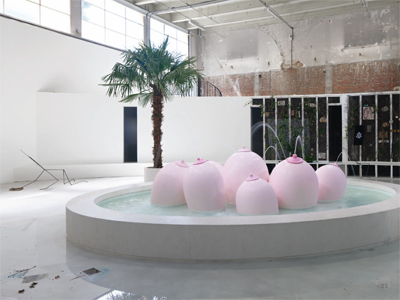 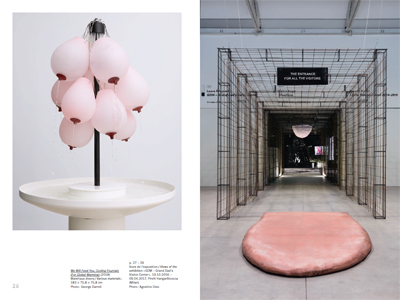 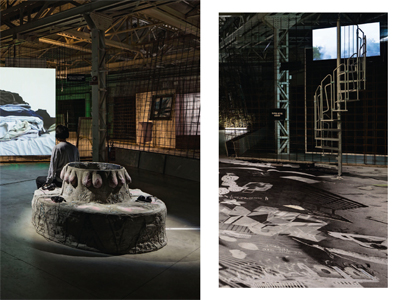 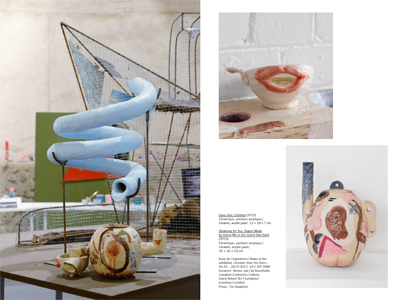 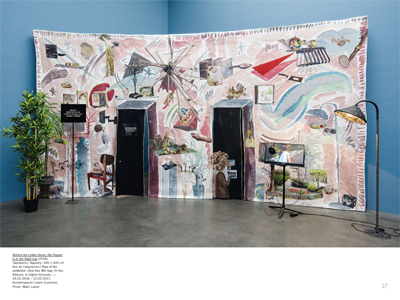 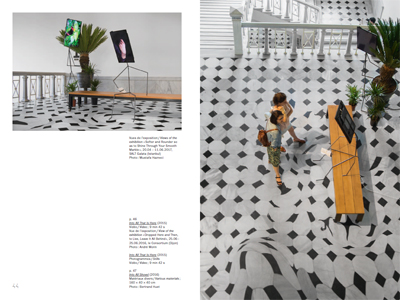 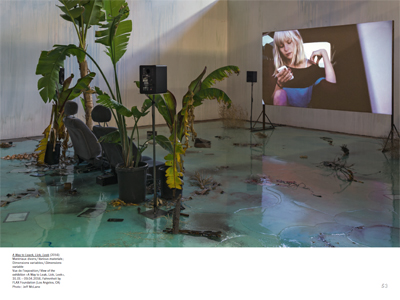 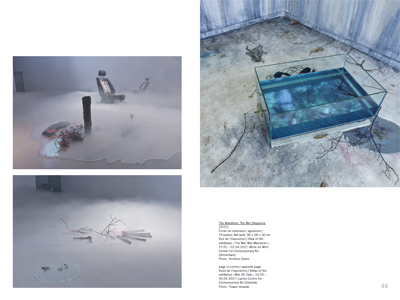 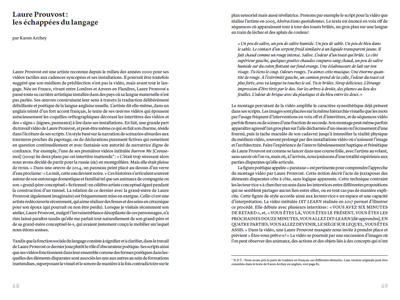