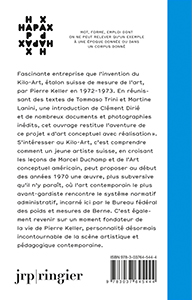 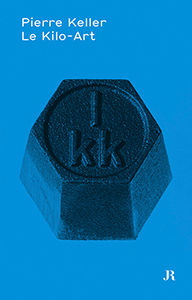 order
wishlist
This publication revives the fascinating adventure of Pierre Keller's invention and dissemination of the “Kilo-Art,” the “Swiss standard for art measurement.” For the two years 1972 and 1973, the young artist—now a key figure of the contemporary artistic and pedagogical scene in Switzerland—dedicated his life to what he called “conceptual art with realization.”
From its first production tests to its exhibition in Geneva, Lausanne, and Venice, through the voluminous correspondence needed for its ratification by the Swiss Federal Office for Weighs and Standards, this book follows every step of the birth of the “Kilo-Art.” To be interested today in the “Kilo-Art” is to understand how a young Swiss artist, informed by the lessons of Marcel Duchamp and American Conceptual art, could, at the beginning of the 1970s, propose an artwork more subversive that it may initially appear, in which avant-garde art meets the normative administrative system.
Introduced by Clément Dirié, the volume brings together texts by Tommaso Trini and Martine Lanini written in the 1970s, as well as many documents and never-before-published photographs recreating the adventure and atmosphere of a project typical of its time.
The journey of Pierre Keller (1945-2019) in the cultural field is resolutely multidimensional. Trained as a graphic designer, he first worked in Switzerland and Italy (with Eugenio Carmi), mixing his interest in optical and kinetic art with his knowledge of modernist applied arts' vocabulary. Traveling to the USA and the Nova Scotia College of Art in the early 1970s, he discovered Conceptual art and realized his "Kilo-Art," a new measurement, which he had authenticated by the relevant Federal Office. In the mid-1970s, he started using photography as a medium, in particular Polaroids. In the vibrant New York scene of the 1970s–1980s, he crossed paths with people such as Nan Goldin and Keith Haring, and started to use his art world understanding and contacts to teaching, before becoming, in the 1990s, the Director of the Lausanne art school, ECAL.
order wishlist
Edited by Clément Dirié.
Introduction by Clément Dirié.
Texts by Martine Lanini et Tommaso Trini.
published in June 2018
French edition
10,5 x 16,5 cm (softcover)
64 pages (4 color ill. & 29 b/w ill.)
10.00 €
ISBN : 978-3-03764-544-4
EAN : 9783037645444
in stock 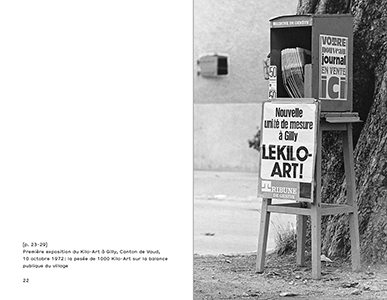 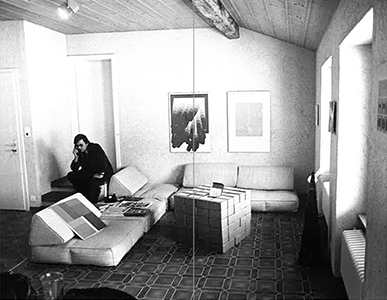 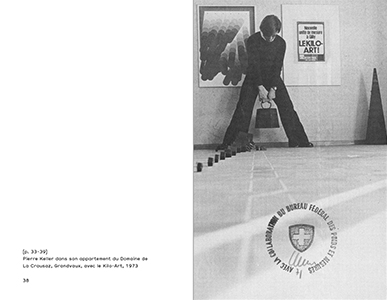