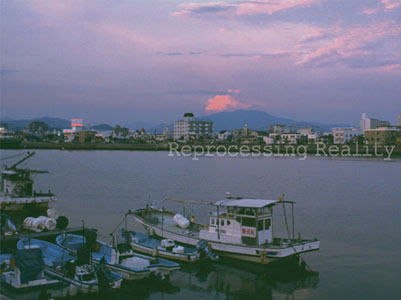 order
An anthology exploring the notion of reality.
Reprocessing Reality is designed to elucidate the notion of reality in all its facets. Dealing critically with reality has a long history, particularly in visual arts. The question of what reality is or could be is also broached in Visions du Réel, the film festival in Nyon. Film and art, while looking back on a quite different past, are actually moving in the same direction. Reprocessing Reality is conceived as a curator's essay that makes us acutely aware of the power of imagery as well as its shortcomings. It revolves around media, people, and stories. Taking stock of an environment formed by ambiguities and interdependencies, the project deals with issues that concern the reader's own context of life.

Three introductory essays discuss the subject of the documentary from three different perspectives: that of the visual arts, the documentary film, and the mass media. The main focus of the publication is on the artists themselves, and their contribution to the current discourse is presented by an extensive set of illustrations and accompanied by their own texts.
The book is published on the occasion of the exhibition at the Château de Nyon (April 18–May 29, 2005, and P.S.1/MoMA in Spring–Summer 2006).
With works by Atlas Group, Christoph Büchel, Willie Doherty, Christoph Drager, Robert Frank, Yervant Gianikian & Angela Ricci Lucchi, Guido Nussbaum, and Anri Sala among others.
order
Edited by Claudia Spinelli.
Texts by Rolf Bismarck, Jean Perret, Claudia Spinelli.
published in 2005
trilingual edition (English / German / French)
24 x 17 cm (softcover)
208 pages (ill.)
25.00 12.00 €
(special offer)
ISBN : 978-2-940271-60-3
EAN : 9782940271603
in stock
table of contents