Semiospace – A Spaced Out Artistic Experiment 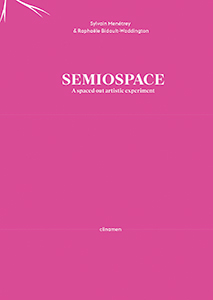 order
wishlist
This publication is part of an artistic and performative project conceived by artist Raphaële Bidault-Waddington and critic Sylvain Menétrey. Part poetic neologism, part scientific concept, the semiospace, as a linguistic creation, seems to mirror Bidault-Waddington's practice—the creation of hybrid objects at once cognitive models borrowed from science, and exuberant fictions.
Semiospace: the polysemous concept proliferates, progresses through, folds and unfolds, according to an ever expanding model. It serves as a work methodology and acts as a moving installation. Its generative dynamic reveals, bits by bits, its ambition for being a theory of everything and gets propelled into the cosmos chaos. Is it about reading the signs of the universe to better organise them into fictional models and alternative realities? Or is it to suggest architectures of the discursive space in order to travel ever deeper into the depth of thoughts?
Like a monograph of the third kind, Semiospace also allows to present the work of artist RBW, offering a panorama of her three creative laboratories: Laboratoire d'ingénierie d'idées, Petite industrie de l'image sensorielle, Raffinerie poétique.

“The conference only superficially alluded to the origins of this underground word semiospace. It belongs to a gray zone: ignored by dictionaries, it is nevertheless used by some researchers. Anthropologist Lee Drummond dedicated a long chapter to it in his book American Dreamtime (1996), film phenomena such as Jaws, James Bond and Jurassic Park. The author approaches these films from the point of view of the myth, which he identifies as an extraordinary narrative that responds to essential questions. Contrary to the Marxist approach of an author such as Roland Barthes, who reveals the conservative nature of myths spread by the ruling class in order to assert its domination over the masses, Drummond considers the myth to an analysis of commercially successful American be knowledge in and of itself, a framework for reference inside which human beings have the space to develop relationships with the like-minded. This assessment allows Drummond to formulate a theory of culture founded on myths that takes the form of a 'dynamic and complex vectorial system.' He calls this the semiospace. To explain this notion, he takes a detour through Creole linguistic creations, quantum physics, fractal mathematics and chaos theory, which calls in the idea of an auto-generative culture in constant transformation, founded upon an n series of semiotic dimensions.”
Raphaële Bidault-Waddington (born 1971, lives and works in Paris) is an artist, researcher and forecasting specialist. She exhibits her photographic compositions and conceptual diagrams, publishes literary and academic critical texts, and performs lectures at experimental collaborative workshops. Since 2000, under the name of LIID, she engaged vast prospective and urban research projects in which she dares to imagine the future of art, economy, and the city in a digital era.
Sylvain Menétrey, based in Paris and Geneva, is the co-founder of the art magazine Dorade. He collaborates with different magazines dedicated to fashion, design, and culture; particularly Hemisphère (where Is It?), the daily Swiss paper Le Temps, and Double Magazine in France. He is a correspondent in France for l'Agence télégraphique suisse (ATS). Since September 2016, he runs the art space Forde (Geneva) with Nicolas Brulhart.
order wishlist
published in October 2016
bilingual edition (English / French)
11,5 x 18,5 cm (softcover), poster
68 pages (b/w ill.)
21.00 €
ISBN : 978-2-9701103-2-3
EAN : 9782970110323
in stock 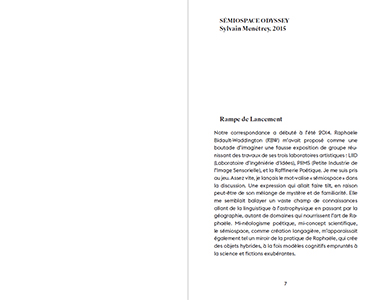 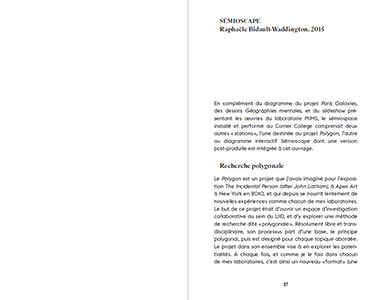 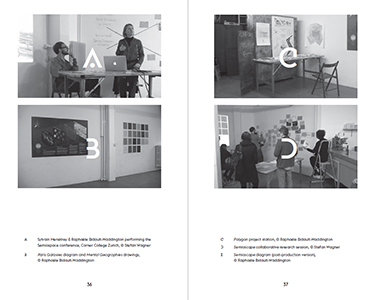 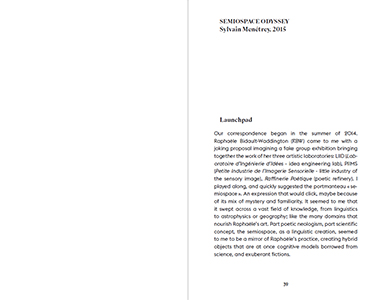 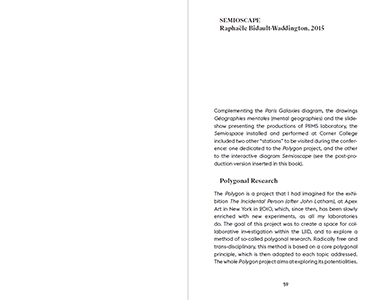