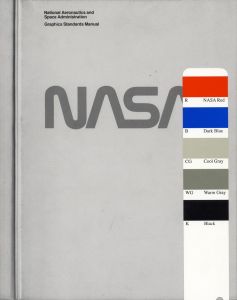 order
Facsimile reprinting of Danne & Blackburn's graphics standards manual for the redesign of NASA's visual identity in 1975.
The binder containing NASA's visual identity guidelines is a strange object. This original visual communications system designed and augmented by Richard Danne and Bruce Blackburn from 1975 on, was rescinded in 1992. It has resurfaced on the internet these last years in blogs dealing with graphic design, and was made available to the public by NASA as a PDF document before being reprinted in an expanded deluxe edition by Jesse Reed and Hamish Smyth in 2015.
Beyond a simple fascination for NASA, the manual is of interest for several reasons:
— It is an exhaustive presentation of visual identity – from letterheads to the markings on the space shuttle Discovery—and thus allows the reader to apprehend the different formal, political and technical scales of the use of signs.
— The clarity of its texts which guided the personnel responsible for producing new documents contrasts sharply with the mainstream vocabulary in the communications field today.
— As an object, it is worthy of the interest it has created. It demonstrates the ambition and care taken in its presentation. Its format facilitates manipulation to ensure the organization, comprehension and implementation of the instructions and propositions it contains.
The pages of the original standard will be reprinted in black. All the PMS colors will be transformed into grey tones. The addition of a removable color chart with five PMS colors and consistent annotations on the printed pages allows for a precise transcription of the articulation of the original images.
Third edition (2020). 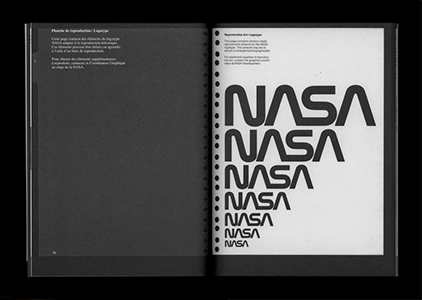 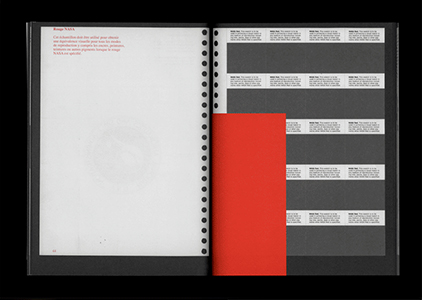 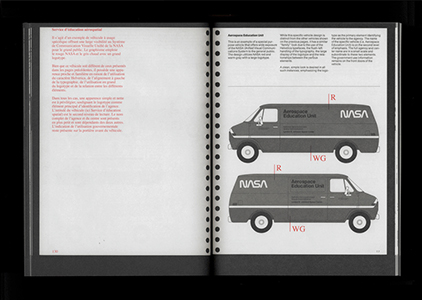 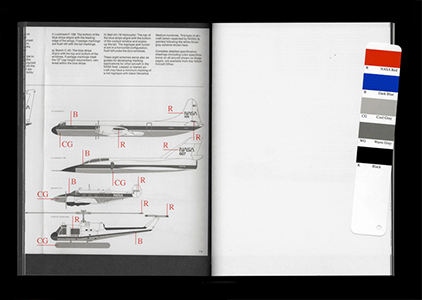 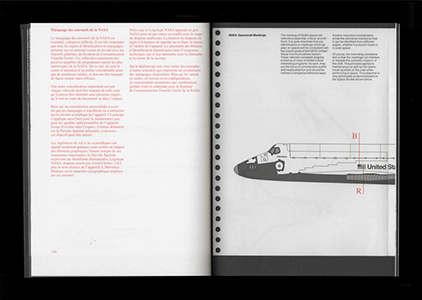