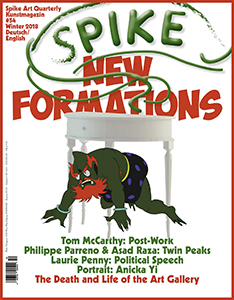 order
wishlist
Anicka Yi; on “post-work” by Tom McCarthy; Twing Peaks: The Return, by Philippe Parreno & Asad Raza; death of the art gallery model: a round table; Gilbert & George; Oliver Laric; new formats in digital art; Do we need a new avant-garde?; interview with the Contemporary Art Writing Daily; Courbet's La dame au podoscaphe; Documenta X (1997) by Daniel Baumann; John Russell by Tobias Madison; Manifesto for the public museum; reviews from London, Milan, New York, Paris…
We are in an interregnum, an in-between state where the old world is dying and the new struggles to be born. Colonies of bacteria are decomposing the white cube, automation will replace work, and a hope persists that digital space will produce a truly different art. The avant-garde is still alive, but as a stateless multitude that rejects the rhetoric of power. Quantum computers are starting to compute. This issue asks about the shape of things to come.
Founded by the artist Rita Vitorelli in 2004, Spike (Spike Art Quarterly) is a quarterly magazine on contemporary art published in English which aims at sustaining a vigorous, independent, and meaningful art criticism. At the heart of each issue are feature essays by leading critics and curators on artists making work that plays a significant role in current debates. Situated between art theory and practice and ranging far beyond its editorial base in Vienna and Berlin, Spike is both rigorously academic and stylishly essayistic. Spike's renowned pool of contributing writers, artists, collectors and gallerists observe and reflect on contemporary art and analyse international developments in contemporary culture, offering its readers both intimacy and immediacy through an unusually open editorial approach that is not afraid of controversy and provocation.
order wishlist
published in February 2018
bilingual edition (English / German)
21,7 x 28 cm (softcover)
180 pages (color ill.)
9.50 €
in stock
table of contents 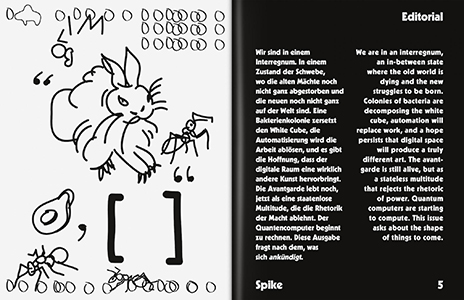 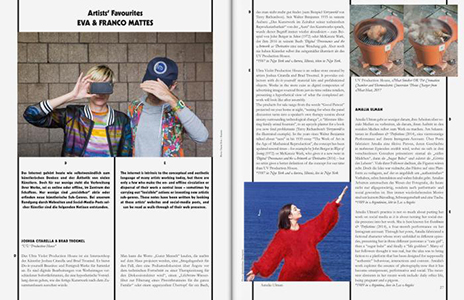 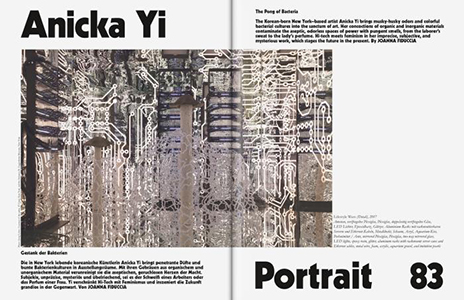 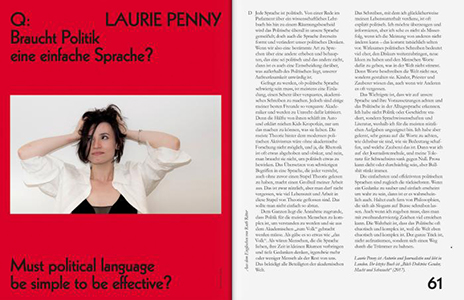 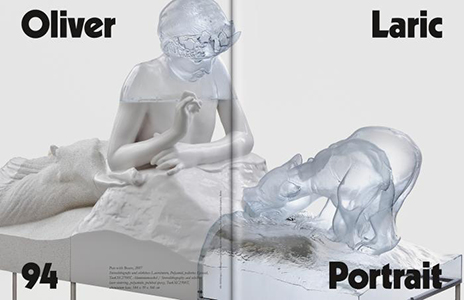 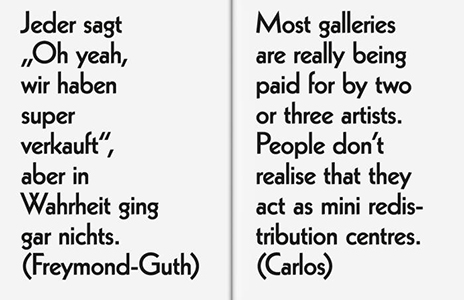 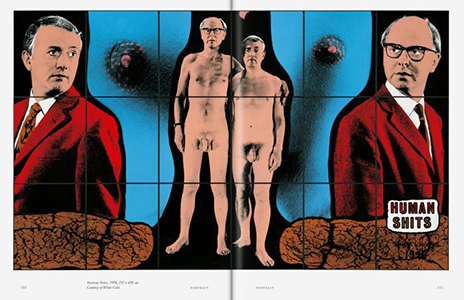 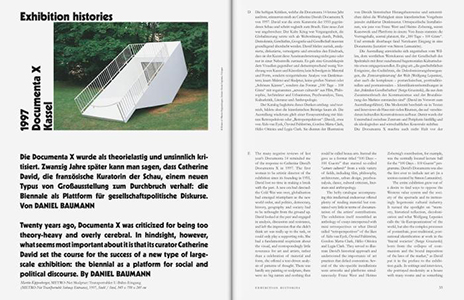 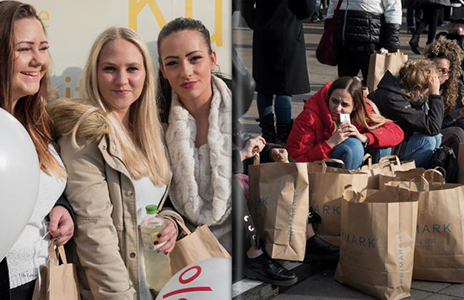 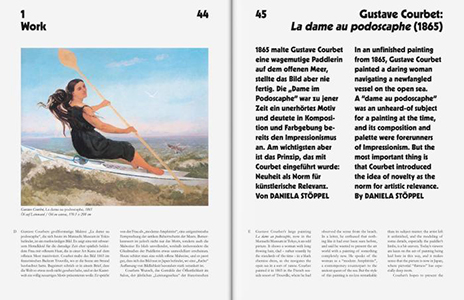 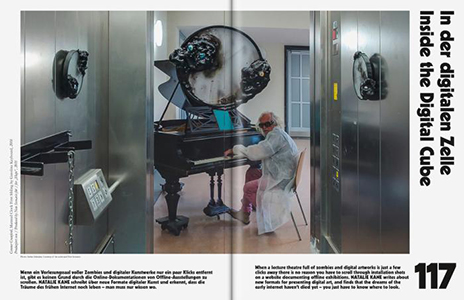 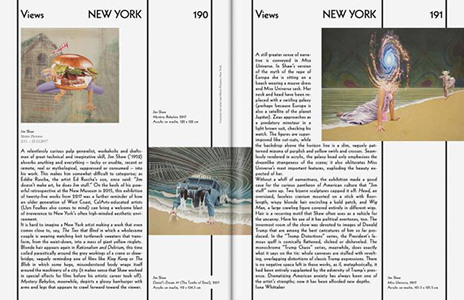