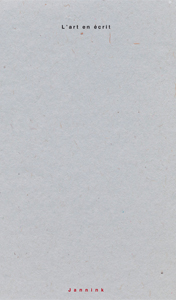 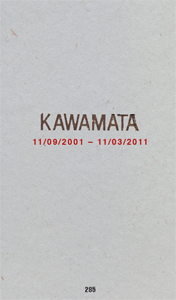 order
wishlist
Artist's book (Tadashi Kawamata compiles, like a scrapbook, photographs taken from newspaper reporting natural disasters, terrorist attacks or accidents), with an original artwork signed by the artist.
Huts hung on the front of the Centre Pompidou, participative tower of 20 meters scaffolded in the Parc de la Villette, gateways and unfinished bridges in Bordeaux or elsewhere, Tadashi Kawamata, a Japanese artist based in Tokyo and Paris, develops in his works, monumental and ephemeral, made of recycled materials, an aesthetics of destruction, disaster, unstable balance. In the book evocatively titled 11/09/2001 - 11/03/2011, the artist, compiles, like a photo album, photographs taken from newspapers reporting natural disasters, terrorist attacks or accidents. He pushes away their tragic aspect to keep only the aesthetic which inspires him, evoking, as his work, constructions frailness, transience of life, instability. A book both fascinating and disturbing.
Limited edition of 285 numbered and signed copies.

Also available in regular edition.
Tadashi Kawamata (born 1953 in Japan, lives and works in Tokyo and Paris) has made in situ art throughout the world and was artistic director of the Yokohama Triennale in 2005. His work concerns itself with architectural space as an urban or designed social context or product. A careful study of the human relations that define it and the way of life which results from it allows him each time to determine progressively the nature of his project. His pieces, for the most part temporary, are generally made from timber sometimes from salvage material from the immediate vicinity. Tadashi Kawamata's pieces recreate connections between the past and the present, between outside and inside, between the actual and the potential: they reveal another identity to the spaces, highlighting the invisible but quite real aspect of their cultural and social dimension. The creation of a community with which he shares the research and physical work is the drive and basis for each of his projects, as we can see with the experience of Saint-Thélo.
order wishlist
published in October 2013
12,5 x 21 cm (softcover)
48 pages (ill.)
400.00 €
in stock 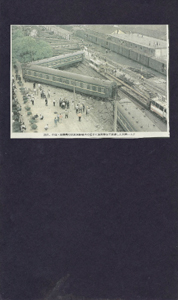