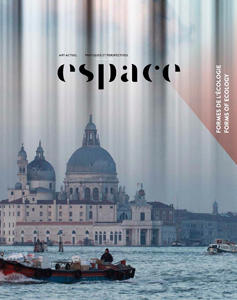 order
wishlist
Special feature on Ecology, Nicolás Uriburu, interview with Edith Brunette, Kochi-Muziris Biennal, Ariane De Blois on the sculpted body, exhibitions and books reviews…
At the start of this 21st century, the issues that ecology raises unfold on a true battleground. The supposition that made André Malraux herald this century as irreligious seems hardly credible when the decisions to be made for humanity's greater good focus on our duty to future generations. In Québec and in Canada, just as everywhere else in the world, the protection of the environment elicits public outcry. Whether in respect to the exploitation of oil, shale gas development, the harnessing of river energy or deforestation, the representatives of organizations mandated to preserve our natural heritage fight on the front lines for the need to protect our natural resources. In the name of civil society, they demand more transparency in the decision-making process. Thus, in the span of a few decades, ecology—initially viewed as a natural science reserved for experts committed to studying the life of organisms in their natural habitats—has become an increasingly ideological movement for developing policies to protect the environment.
Founded in 1987 in Montreal, Espace art actuel is an essential bilingual magazine for the promotion of contemporary art in the field of sculpture, installation and all other art forms associated with the notion of spatiality. Published three times a year (January, May, September) by Centre de diffusion 3D in Montreal, the magazine offers greater visibility to artists from Quebec and across Canada and contributes to the vitality of the local art scene. Since December 2013, Espace magazine has been led by André-Louis Paré.
order wishlist
published in May 2015
bilingual edition (English / French)
21,9 x 27,8 cm (softcover)
128 pages (ill.)
10.00 €
in stock
table of contents 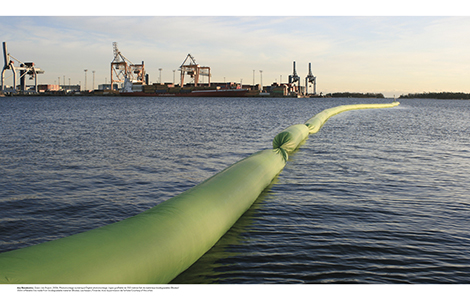 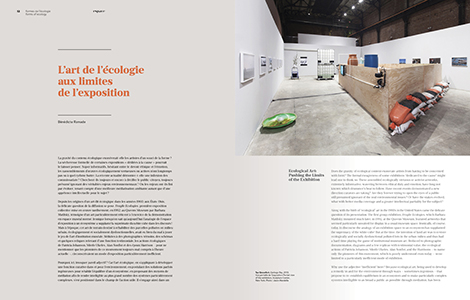 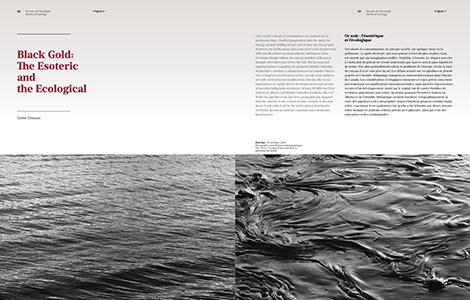 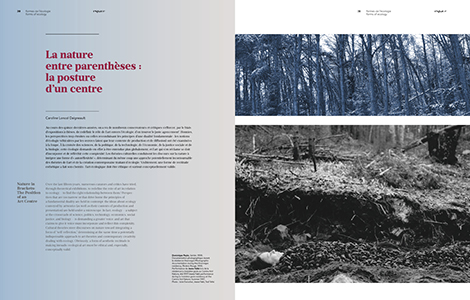 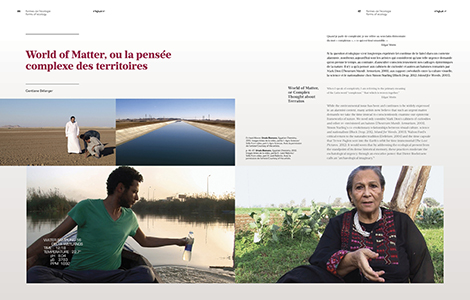 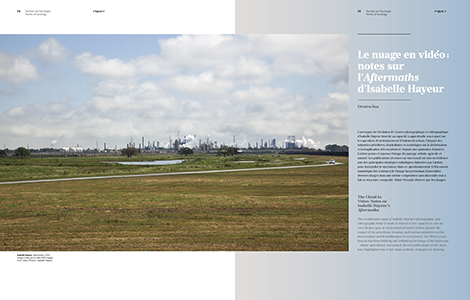 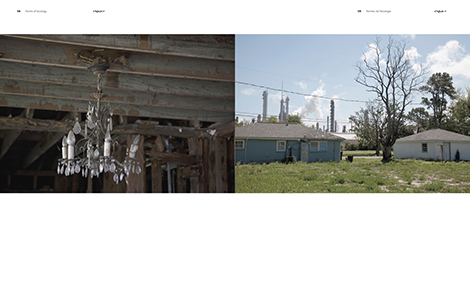 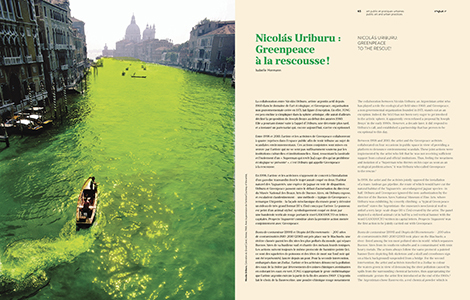