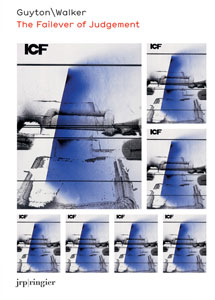 wishlist
The first monograph devoted to these two young American artists.
Focusing on their collaborations, the publication offers, through the analytical texts of Johanna Burton and Fabrice Stroun, a first reading of the practice of two of the most visible representatives of the new “neo-formalist” American scene. Interview with the artists, John Rasmussen, and Douglas Fogle, and numerous illustrations.
Wade Guyton (born 1972 in Hammond, Indiana, lives a,d works in New York) is one of the most influential representatives of a generation of artists who reflect on and produce images in a digital era. Although some of his works question the structure and language of painting, in the traditional sense of the word, they still radically modify codes and modes of production. Guyton's paintings are indeed realized by putting canvases several times through huge inkjet printers to print motifs and letterings. Errors, drips, and misprints are part of the general composition process and ensure the result's unicity: “The first works I created digitally, it was like writing, but the keyboard replaced the pen. Instead of drawing an X, I decided to push a key.” Repeated under different electronic formats, these signs—may they be Xs, Us, or even the image of a flame scanned from a book—have all become contemporary art icons.

See also ; Blondes, James Campbell & I.U.D – Wade Guyton Kunsthalle Zurich (LP) ; Warhol Wool Guyton.
Born 1969 in Colombus, Georgia, Kelley Walker lives and works in New York City. Authorship and authenticity are primary concerns in his work. Taking material from the public domain, Walker further complicates everyday transactions with visual material, converting the banality of mass media into instances of trepidation, complexity, and instability. Using the potency of advertising strategies, Walker's large-scale prints appropriate iconic cultural images, digitally altering them to highlight underlying issues of politics and consumerism. His computerized composites do not target specific institutions or causes, but rather expose the constant state of anxiety within contemporary culture. Humorously combining processes of analogue collage to reference abstract painting, Walker smears magazine covers with toothpaste or news photos with melted chocolate; scanned into his computer, their materiality is transformed into pure information. This politics of the mediatization of contents, combined with Walker's acuity for the systemics of visual messages, give his photo-based works an unlikely quality of being neither post-Pop nor appropriation per se.
wishlist
Texts by Johanna Burton and Fabrice Stroun. 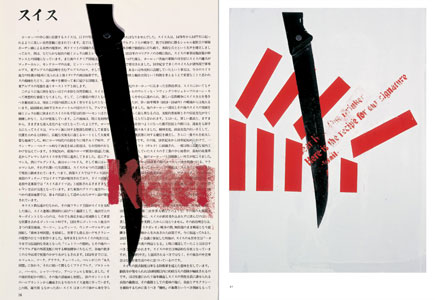