Düsseldorf – Paintings from the Early 90's 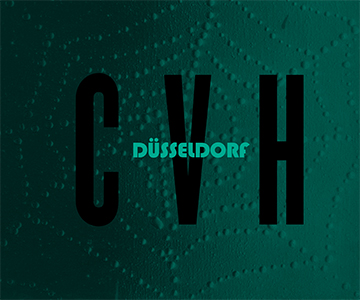 order
Catalogue gathering the early paintings of Charline von Heyl.
The group of paintings assembled was previously exhibited in Cologne and Munich between 1991 and 1995, before the artist moved to New York. These early canvases can give an insight to her current works. In particular, von Heyl has never distinguished abstract from representational form, rather, she has used all the visual tools at her disposal to lure the viewer into her compositions. The early paintings juxtapose textured fields of color with emblems that have the ability to allude to skin tone, nature, and industrial elements, among other motifs. Now and then her paintings function like a visual oxymoron: funny but not humorous, fluidly painted yet collaged, both experimental and expertly composed. Von Heyl treads into the unfamiliar, finding a place beyond language, discourse and argument that can only be articulated in painting.
Published on the occasion of the eponymous exhibition at Petzel Gallery, New York, from March 6 to May 2, 2015.
Born 1960 in Mainz (Germany), Charline von Hey lives and works in New York.
order
Edited by Jason Murison.
Text by Isabelle Graw.