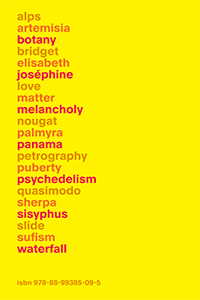 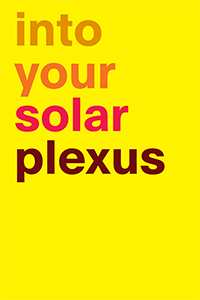 order
wishlist
This artist's book presents the sum of a multitude of journeys, people and stories collected and edited by Donatella Bernardi and stemming from her own family archives. The artist connects this whole documentation with works by Lebanese artist Saloua Raouda Choucair and her daughter Hala Schoukair, as well as with the Swiss Confederation Fine Art Collection.
Bernardi's uncle and father, respectively a mountaineer and a scientist, were meticulous documenters of their travels around the globe. Their archives constitute the driving force behind the project. In the central part of the book, Bernardi takes over the Kunsthalle Bern for a number of months in 2015, in order to address the notion of political origin, personal mythology, necessity and contingency through art. The family archive is combined with other sources, such as works by the Lebanese artists Saloua Raouda Choucair and Hala Schoukair, mother and daughter, but also historical artworks from the Swiss Confederation Fine Art Collection. Bernardi conceives Into Your Solar Plexus as a permeable organism, a time-based curatorial journey as well as an artist's book, the perception and interpretation of which were influenced by the natural and political catastrophes that took place during the implementation of the project, such as the earthquake in Nepal or the assault on the Palmyra archaeological site by ISIS militants.
Published following “Morgenröte, aurora borealis and Levantin: into your solar plexus” at Kunsthalle Bern, from January 30 to June 7, 2015.

Awarded: “Most Beautiful Swiss Books 2016”.
Across the broad range of her practice, which includes art-making, publishing, organizing and filmmaking, Donatella Bernardi's interests remain consistent, whether addressing gender inequality, colonialism, racial prejudice or the imbalances of capitalism, she is drawn to examining the past as a tool for understanding the present. History, tradition, class and in particular the deep-seated patterns of power provide the subject matter of much of her research.
Born in Geneva in 1976, she is currently based in Stockholm where she is professor at the Royal Institute of Art (Kungliga Konsthögskolan) since January 2010. After completing her studies at the Ecole supérieure des beaux-arts in Geneva, and in parallel at the Hochschule für bildende Künste in Hamburg (2001), she has pursued her education with a Master's degree in art history and philosophy (2006) at the University of Geneva. She has worked as a curator (Forde, Geneva, 2002–2004, Wunder Stanza, Zorro & Bernardo, Post Tenebras Luxe, Musée Rath, 2009), an editor (Decorum, supplement of the Kunst-Bulletin, 2005–2007) as well as an artist (international shows and film festivals). In 2005, she was awarded the Manor cultural prize; in 2005 and 2007, the Bourse Berthoud (Geneva); in 2005, 2007 and 2008, the Swiss Art Award and in 2006 the Contemporary Art Mediation Award (Geneva). She has been a member of the Swiss Institute in Rome for two years (2006–2008). In 2008–2009 she received the Fine Art Research Grant from the Jan Van Eyck Academy in Maastricht.
In 2007, she co-founded the Eternal Tour association. The collective has organized a nomadic, interdisciplinary and international festival for five years in different cities and regions, collaborating with local experts and institutions (cultural and scientific): Rome 2008; Neuchâtel 2009; Jerusalem and Ramallah 2010; from New York to Las Vegas 2011; Geneva and São Paulo in 2012. Eternal Tour has brought together artists and academics who have addressed issues such as cosmopolitanism, tourism, migration, exile, but also creolization, feminism, taxonomy, practical knowledge and empirical thought. After having published Short Guide (2008), XZY (2009) and Standing on the Beach with a Gun in my Hand (2011). 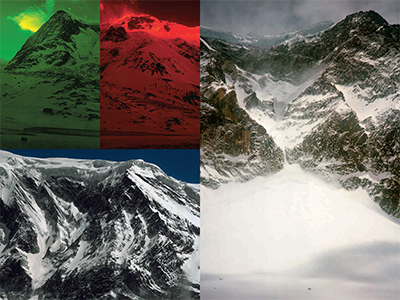 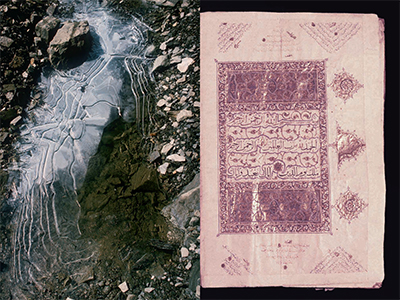 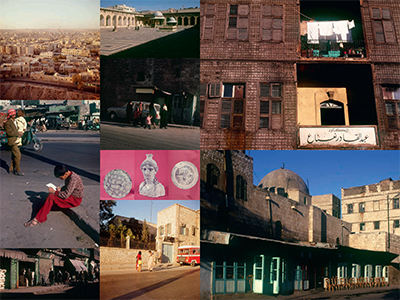 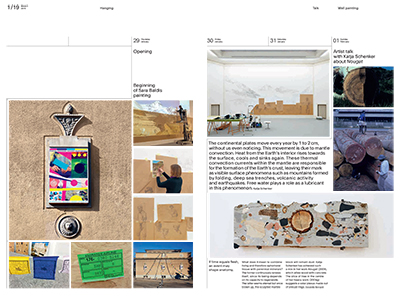 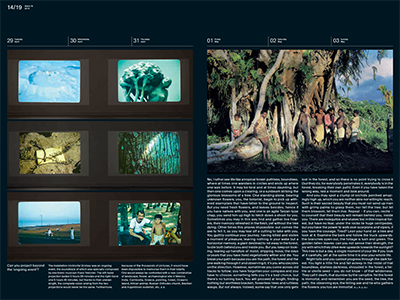 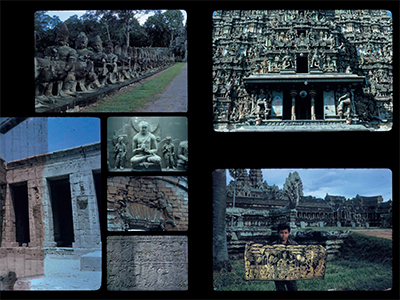 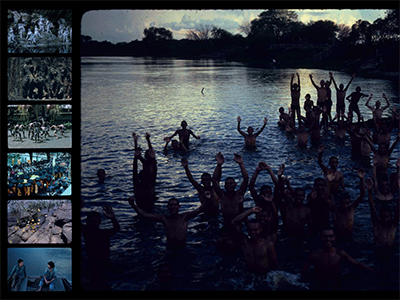 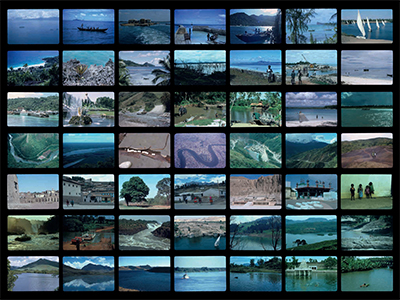