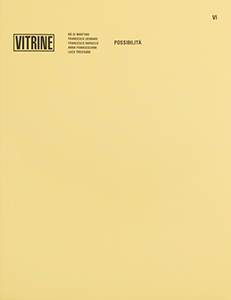 order
wishlist
Vitrine is the catalogue of the namesake project organized by GAM museum in Turin. Beginning four years ago, “Vitrine” has as its primary objective the research in the field of contemporary art. The title of the 2015-2016 edition, “Possibilità” (Possibilities), refers to the transformations that take place during one's life and their fluid and uncertain nature which is retraced in art.
The catalogue Vitrine documents the five exhibitions, held one after another in 2015-2016 by the five participating artists: Rä di Martino, Francesco Gennari, Francesco Barocco, Anna Franceschini and Luca Trevisani. Vitrine is like a doorway, a passage that makes possible communication between the world inside the museum and outside of it, creating a dialogue between artistic research and surrounding reality. Space and time are the essential coordinates where the human being is constantly included and that are necessarily impressed in all the artworks.
Published following the exhibitions of Rä di Martino, Francesco Gennari, Francesco Barocco, Anna Franceschini and Luca Trevisani at GAM museum, Turin, from February 10, 2015, to January 17, 2016.
order wishlist
published in June 2016
bilingual edition (English / Italian)
21 x 27 cm (softcover)
56 pages (color ill.)
15.00 €
ISBN : 978-88-97503-85-9
EAN : 9788897503859
in stock 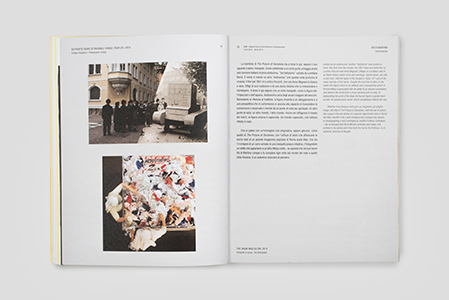 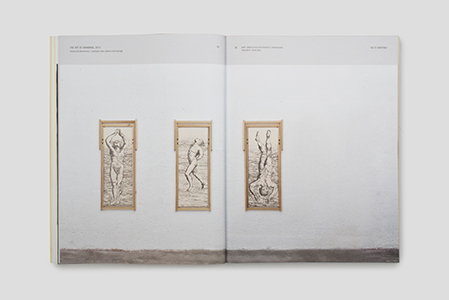 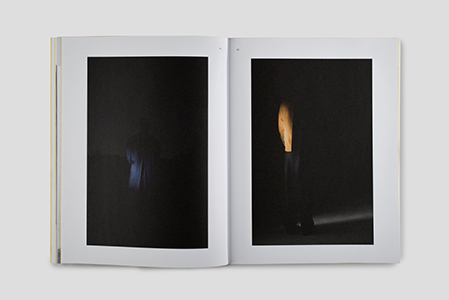 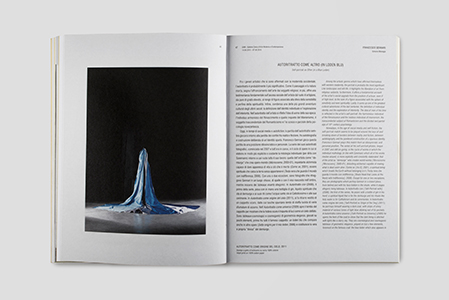 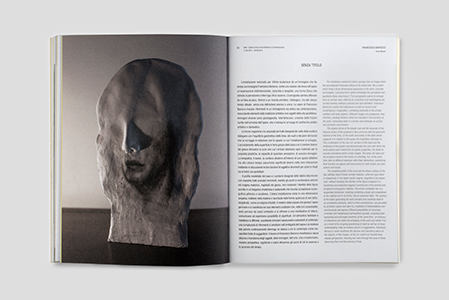 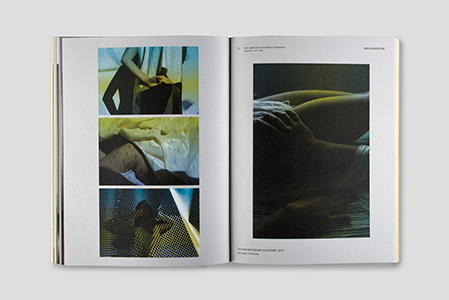 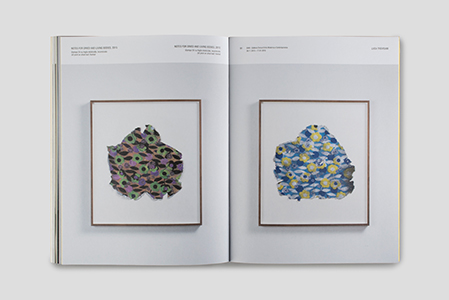 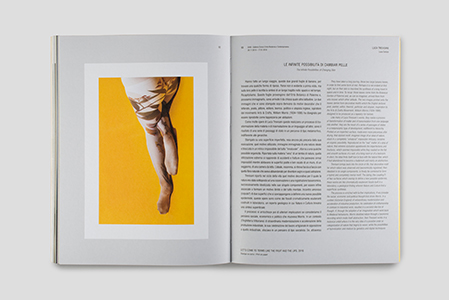 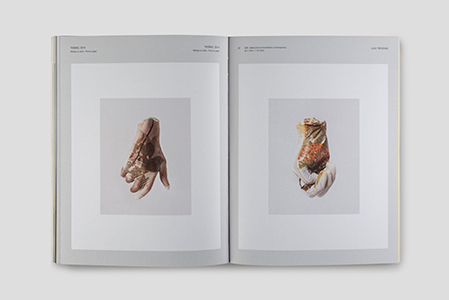