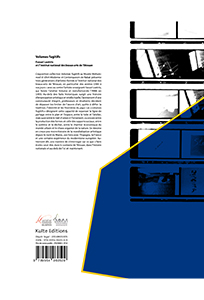 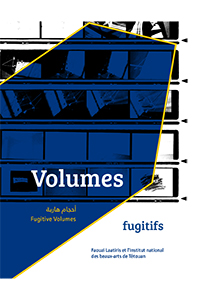 order
wishlist
The group exhibition “Fugitive Volumes” at Mohammed VI museum of Modern and Contemporary Art in Rabat presents three generations of artists trained at the Tetouan Institut National des Beaux-Arts, and in particular those who have flourished since the 1980s in the orbit of the artist-teacher Faouzi Laatiris, creator of the Volume and Installation workshop at the INBA in 1993. Beyond the documentation on the exhibition, this publication offers a critical and comprehensive archive on the “Ecole de Tetouan” and the history of a contemporary art in Morocco.
Beyond the historical facts emerges a story of artistic and intellectual emancipation, the birth of a community of minds, of teachers and students bent on overcoming the limits of the work of art, even if that meant challenging tradition, identity and national boundaries. The concept of “fugitive volumes” refers to a capacity to rethink the dividing line between flat surface and space, between canvas and workshop, but also between link and ornament; or again between the creation of forms and the generating of social relations, between sublimity and waste, between the economic worksite of the urban world and the organised chaos of nature. In the spaces in between, a micro-history of artistic globalisation is beginning to emerge from northern Morocco, with connections to Spain, France and a certain experience of European modernism.
In other words, a way of wondering what creating a school of thought might mean in the context of Tetouan, in national history, and beyond the here and now.
Published on the occasion of the two-part exhibition “Fugitive Volumes” at Mohammed VI museum of Modern and Contemporary Art, Rabat, from May 5 to August 30, 2016, and from September 15 to December 30, 2016.

After his studies at the Ecole des beaux-arts de Tetouan and then the Ecole des beaux-arts de Bourges, France, Faouzi Laatiris (born 1958, Imilchil, Morocco, lives and works in Tetouan and Martil) became a teacher at the INBA, Tetouan, where, in 1993, he set up the Volume and Installation workshop—a key moment, when his work as an artist became an integral part of his commitment to teaching.
He contributed to the training of the most remarkable artists of a generation—the “Tetouan generation,” which included Safâa Erruas, Batoul S'Himi, Younès Rahmoun, Mohssin Harraki and Mustapha Akrim. His influence on the development of contemporary art in Morocco has become more and more evident over the years. His collaboration with Jean-Louis Froment on the group exhibition “L'Objet désorienté au Maroc,” at the Musée des Arts Décoratifs de Paris (March 30–August 29, 1999) is also recognised as a milestone in contemporary, trans-Mediterranean art history.
Since the 1990s, he has developed an aesthetic of hybridisation, which lies at the crossroads of sculpture, installation, performance and public space, and resonates with the economic and urban upheaval taking place in Third World countries in the global economy. Faouzi Laatiris's works are intentionally situated on the edge of cultural schizophrenia. They are visual bombs torn between form and function, between a more or less industrial system of production, bricolage and a poetics of ruin.
order wishlist
Edited by Morad Montazami.
Foreword by Abdelaziz Idrissi, texts by Emma Chubb, Jean-Louis Froment, Faouzi Laatiris, Toni Maraini, Morad Montazami, interviews by Maud Houssais with former and current professors and students from the National Institute of Fine Arts in Tetouan. 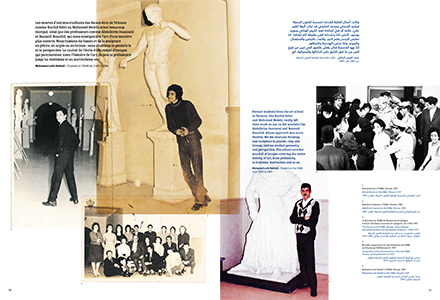 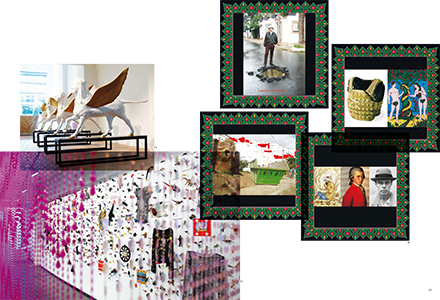 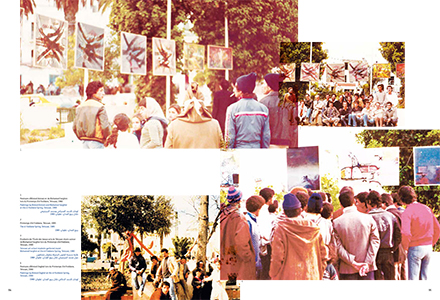 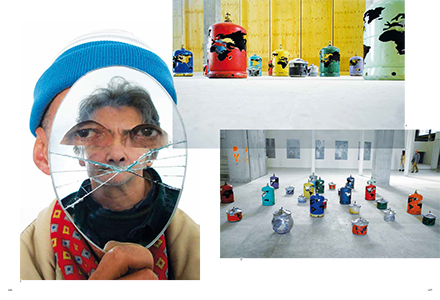 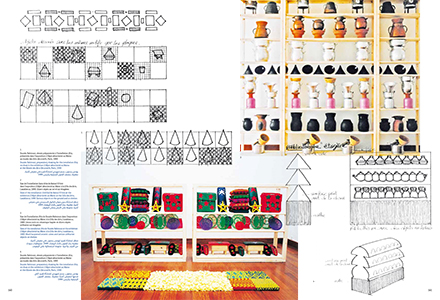 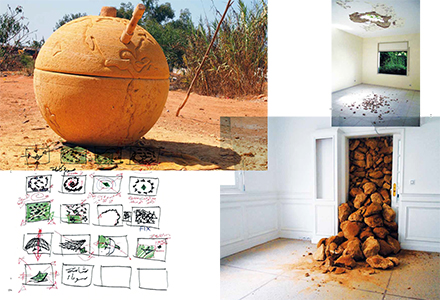 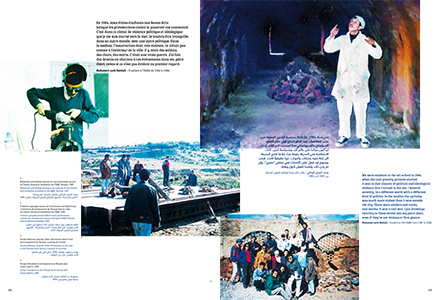 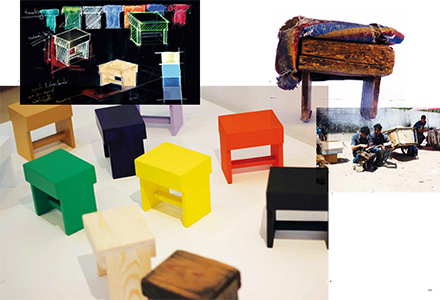