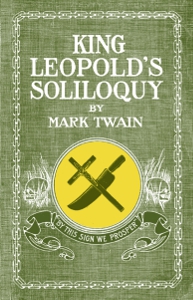 order
This artist's book by Elisabetta Benassi is a faithful reproduction of an original pamphlet by Mark Twain.
Throws down pamphlets which he has been reading. Excitedly combs his flowing spread of whiskers with his fingers; pounds the table with his fists; lets off brisk volleys of unsanctified language at brief intervals, repentantly drooping his head, between volleys, and kissing Louis XI crucifix hanging from his neck, accompanying the kisses with mumbled apologies; presently rises, flushed and perspiring, and walks the floor, gesticulating.
(King Leopold's Soliloquy, incipit)

Published for the first time by The P. R. Warren Co. in Boston in 1905, King Leopold Soliloquy is originally a work of political satire about King Leopold's rule over the Congo Free State—a monologue in which Leopold speaks in his own defense. The artist's book, which also includes miscellaneous attachments collected by the artist, is part of the work M'FUMU, an installation and performance based on the figure of M'Fumu Paul Panda Farnana (1888-1930), Congolese intellectual and activist, whose thoughts and actions marked the relations between Belgium and the Congo in the period between the two world wars. The installation was produced for “Personne et les Autres: Vincent Meessen and guests”, group exhibition curated by Katerina Gregos for the Belgian Pavilion at the 56th Venice Biennale, 2015.
Published on the occasion of the exhibition “Personne et les Autres”, Belgian Pavilion at the 56th International Exhibition of visual arts—La Biennale di Venezia, from May 9th to November 22nd, 2015.
Elisabetta Benassi (born 1966 in Rome, where she lives and works) is a conceptual artist whose work employs historic and personal archives.
order
published in September 2015
English edition
12 x 18,5 cm (softcover)
49 pages (b/w ill.)
20.00 €
ISBN : 978-88-97503-60-6
EAN : 9788897503606
in stock 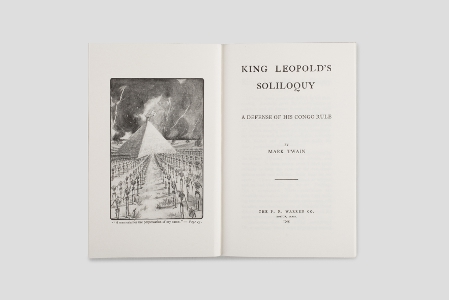 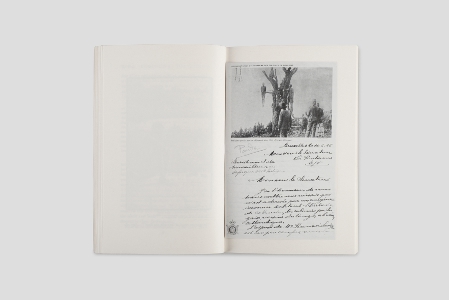 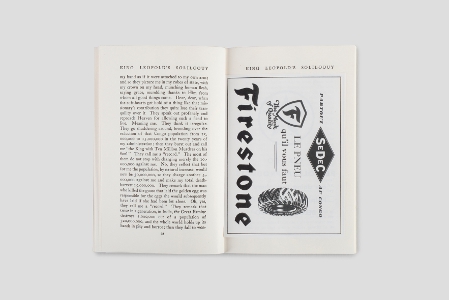 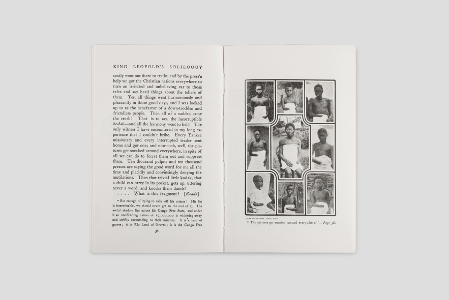