Chasser Croiser – The Surreal and Its Echo (book / CD) 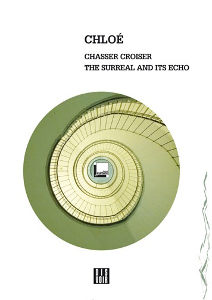 order
wishlist
This original radio sound piece unfurls a multiple electroacoustic flux in which audio archives of the voices of the great surrealist heroes of the Twenties (Man Ray, Duchamp, Aragon) are given a new breath of life and become electric.
At a time when sampling, mixing and juxtaposition have become second nature to the musician, in the work Chasser Croiser Chloé pushes the boundaries usually explored by electronic artists and reveals her interest in the Dadaist and Surrealist movements. Stimulated by an irregular strobe rhythm, this new piece is a surrealist venture that refuses all logical construction by using dream, desire, revolt and also seeks to underline the irrational. The book is an echo of the sound work. It is composed of photos taken during tours, as both a DJ and a live musician—moments scattered before and after the evening events. It also contains notes of projects, albums, collaborations and extracts of the small notebooks that she never travels without and that she has accumulated over the years. This book tries, through montage and juxtaposition, to give the feelings,impressions and inspirations that are part of her creative process.
Chloé Thévenin (born, 1976 in Paris) is a French DJ, artist and composer. Her style, poised between genres and aesthetics, reflects a unique eclecticism which has led her to become one of the most sought-after leaders of the contemporary electronic scene. Chloe became one the emblematic figures of the legendary Pulp Club in Paris through her monthly residency; she plays at all the most prestigious European clubs, music venues and is a regular headliner on the festival circuit. Chloé continues to produce remixes, EPs and albums; the first, The Waiting Room, in 2007 and One in Other in 2010. At the same time she continues to expand her collaborations with other artists, choreographers, performers and film-makers.
order wishlist
published in March 2011
English edition
16,5 x 21,5 cm (softcover)
64 pages (92 color & b/w ill.)
29.00 €
ISBN : 978-2-914563-64-2
EAN : 9782914563642
in stock