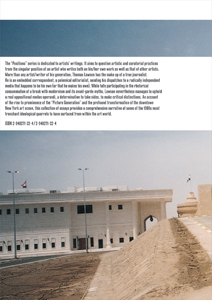 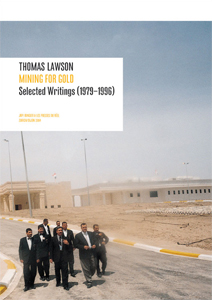 order
wishlist
An anthology of the artist's important essays, published between 1978 and today in the pages of Artforum, Flash Art and Lawson's own magazine Real Life.
This collection should prove an invaluable tool for understanding the rise of the "Pictures Generation" and of the art market in the 80's.
More than any artist/writer of his generation, Thomas Lawson has the make up of a true journalist. He is an embedded correspondent, a polemical editorialist, sending his dispatches to a radically independent media that happens to be his own (or that he makes his own). Lawson always writes in the first person, from the vantage point of someone who is as much an artist, publisher, and occasional curator as he is a writer. Reacting to the ambient hegemony of late modernism and its avant-garde myths, Lawson nevertheless manages to uphold a real oppositional modus operandi, a determination to take sides, to make critical distinctions, attempting along the way to enunciate a progressive position from the very heart of an increasingly reactionary milieu.

This collection of essays focuses on the emergence of appropriationist practices, and includes such seminal texts as "Last Exit Painting." It also features Lawson's relentless public assault on the then-dominant authorities of art world, be they famous artists such as Julian Schnabel, the influential conservative New York Times critic Hilton Kramer, or even Artforum, for which Lawson was working at the time. Mining for Gold provides a comprehensive narrative of some most trenchant ideological quarrels to have surfaced from within the art world of the 1980s.
Thomas Lawson is an artist and a writer based in Los Angeles. He is the Dean of the School of Art at CalArts, Valencia, California, and an editor of Afterall.
order wishlist
Edited by Lionel Bovier and Fabrice Stroun.
Graphic design: Gilles Gavillet and Cornel Windlin. 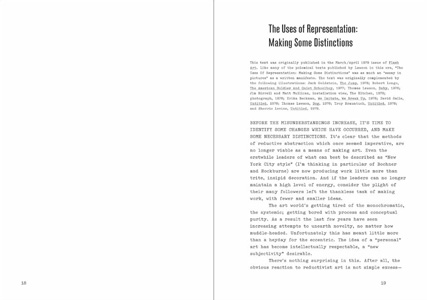 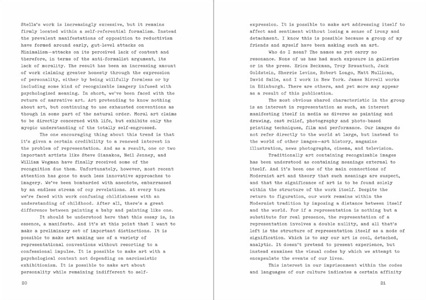