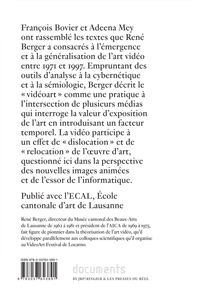 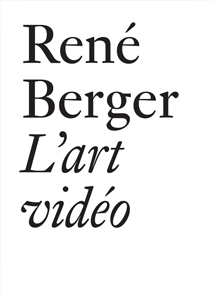 wishlist
A history of video art: this publication gathers together for the first time the most important texts that René Berger dedicated to video art, published for the most part in magazines and exhibition catalogues between 1971 and 1997.
René Berger (1915, Brussels – 2009, Lausanne), director of the Musée cantonal des Beaux-Arts in Lausanne from 1962 to 1981, and president of the International Association of Art Critics from 1969 to 1975, is a pioneering figure in the field of the theorization of video art, which he developed in parallel to the scientific symposia he organized at the VideoArt Festival in Locarno.
Challenging the importance of exhibiting art and shaking up our apprehension of art by introducing a temporal factor, Berger suggests that video participates in an effect of dislocation and relocation of the work, which he considers one of the fundamental features of installations.
Borrowing tools of analysis from linguistics, cybernetics, and semiology, Berger positions video art as a practice situated at the intersection of different media, part of the development of mass-produced animated images, culminating with the explosion of technology. Berger's reflexion on video, far from being limited to the claim of the medium's specificity and to the promotion of its local actors (the “musketeers of the invisible” to use his well-known phrase), contributes to the renewal of the function of curator, considered as an author in their own right.
wishlist
Edited by François Bovier and Adeena Mey.
Texts by René Berger.
published in December 2014
French edition
15 x 21 cm (softcover)
240 pages (60 b/w ill.)
20.00 €
ISBN : 978-2-84066-761-2
EAN : 9783037643891
currently out of stock
press releases
Critique d'art, Mathilde Roman, 2015 (PDF)
Le Phare (CCS Paris), Mireille Descombes, 2015 (JPG) 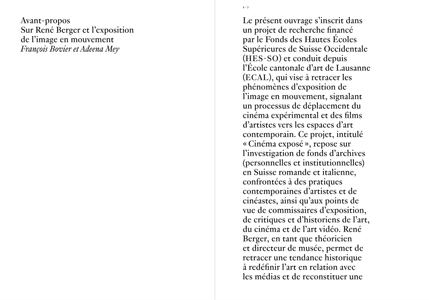 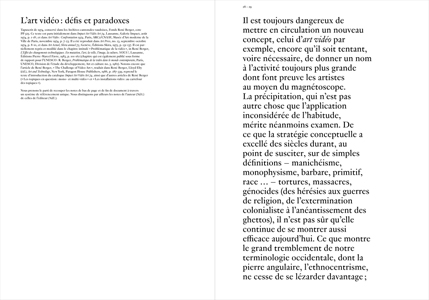 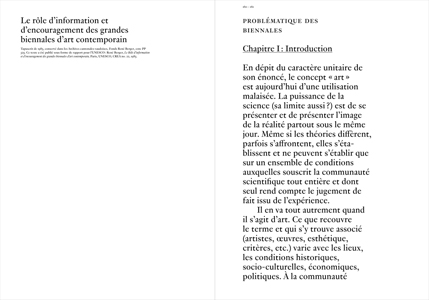