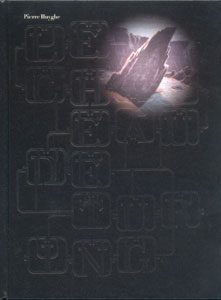 The sole monograph available on Pierre Huyghe, the most internationally known French artist. This work, based on his project for the French Pavillon at the Venice Biennial 2001, gives not only a clear commentary by the artist on the content of his works, but also a much wider view by two artists chosen by Pierre Huyghe : Joe Scanlan and David Robbins.
See also: the DVD Le Château de Turing, about the 49th Venizia biennal.
The photographs, videos and installations produced by Pierre Huyghe (born 1962 in Paris, where he lives and works) question the conditions of representing reality and the shifts of meaning they give rise to. By using the aesthetics of an underrated daily round, the artists suggests the limits of our knowledge, based restrictively on the interpretation of the world. Situated somewhere between reality and make-believe, and steeped in the cinematographic world (repeats, remakes, and so on), his videos lead the viewer to question his own vision of the things surrounding him, and his relation to collective memory.