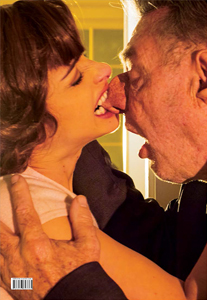 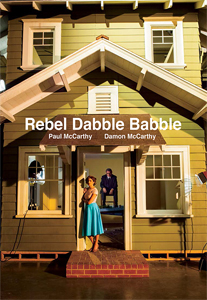 order
wishlist
Artist's book.
This richly illustrated publication is a selection of hundreds of still photographs shot during the making of “Rebel Dabble Babble,” a collaboration between Paul McCarthy and his son Damon McCarthy.
“Rebel Dabble Babble” is a complex installation and video projection work originally inspired by both Nicholas Ray's 1955 classic Hollywood film “Rebel Without a Cause” and the furious rumors that swirled around the off-set relationships between its director and his stars James Dean, Natalie Wood, and Sal Mineo. This densely layered opus confronts definitions of power and role-playing, and expands far beyond references to the 1955 movie and related legends. Ultimately, “Rebel Dabble Babble” is an expansive meditation upon the archetypes and Oedipal tensions that define family dynamics as they have been played out in private homes, in the evolution of art history, and in the development of the entertainment industry.
In the film, Paul McCarthy and his actors (including Hollywood star James Franco) play hybrids both of Nick Ray's cinematic characters and the actors who performed as those characters. With this mind-bending series of doubles, binaries, and inversions, “Rebel Dabble Babble” presents perversions of interchangeable roles and fetish relationships.
“Rebel Dabble Babble” includes over 350 full color image and new texts by Donatien Grau, Damon McCarthy, and Paul McCarthy.
Paul McCarthy (born 1945 in Salt Lake City, lives and works in Los Angeles) is among the most important and influential artists of his generation in the US. His reputation is that of a critical analyst of a mass media and consumer-driven American society.
Since 2000, Damon McCarthy (born 1973) has collaborated closely with his father Paul on a number of complex performative video installations, such as “Caribbean Pirates” (2001-2005), “F-Fort Party” (2005), “Piccadilly Circus” and “Bunker Basement” (both 2003). Making use of a provocative formal vocabulary, the McCarthys have been probing the icons and stereotypes of western culture and its entertainment industry. In their joint works, Paul usually acts as performer and director, Damon as cinematographer and editor, however the projects are conceived and constructed in collaboration.
order wishlist
Texts by Donatien Grau, Paul McCarthy, Damon McCarthy.
published in July 2013
English edition
27 x 39 cm (hardcover)
312 pages (374 color ill.)
78.00 €
ISBN : 978-3-03764-336-5
EAN : 9783037643365
in stock 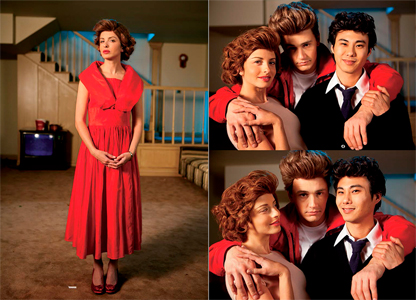 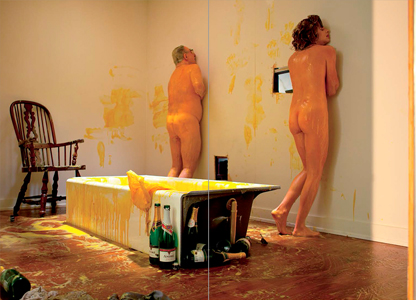 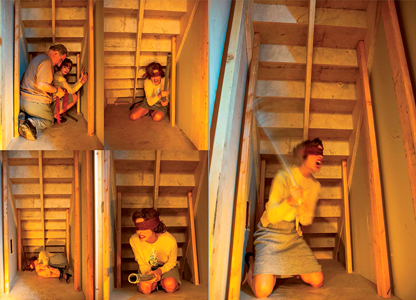