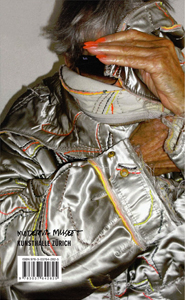 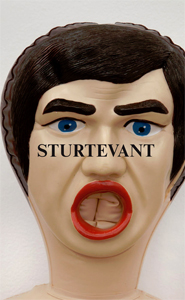 order
wishlist
New monograph / artist's book.
This book is based on Sturtevant's exhibitions at Moderna Museet in Stockholm and at Kunsthalle Zürich in 2012, featuring 30 works, ranging from her repetitions of artists such as Warhol, Duchamp, Johns, and Gonzalez-Torres, to four of her last large video installations.
Since the mid-1970s, Elaine Sturtevant (born 1930 in Lakewood, Ohio, died 2014 in Paris), a key artistic and, today, mythic figure for young contemporary artists, has notoriously insisted on the power of thought, performing investigations into the underlying structure of art, working on aesthetic, political, and media issues. Dealing with the concepts of appropriation, value, and originality, she mainly achieved recognition for her works that consist entirely of copies of other artists' iconic works, such as Warhol, Duchamp, Beuys, and Stella. Her gesture of replication has created a body of painting, sculpture, video, and photographic works, which is still intriguing and provoking for both an informed and a general audience.
In her later works, Sturtevant has expanded her practice to include mass-media images and her own filmed material. This has shed new light on her career and emphasises how her life-long artistic practice has continuously and effectively levelled harsh, rebellious, and intelligent critique at a society that consists increasingly of simulacra and the experience industry.
Sturtevant received the Golden Lion for lifetime achievement at the 54th Venice Biennale in 2011, and she was awarded with the prestigious Kurt-Schwitters-Prize in Hannover, Germany, in 2013.
order wishlist
Edited by Fredrik Liew.
Texts by Daniel Birnbaum, Bruce Hainley, Fredrik Liew, Paul McCarthy, Stéphanie Moisdon, Beatrix Ruf, Sturtevant.
published in April 2012
bilingual edition (English / Swedish)
13 x 21 cm (softcover)
108 pages (53 color & 10 b/w ill.)
19.00 €
ISBN : 978-3-03764-282-5
EAN : 9783037642825
in stock 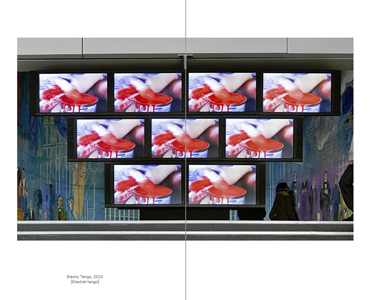 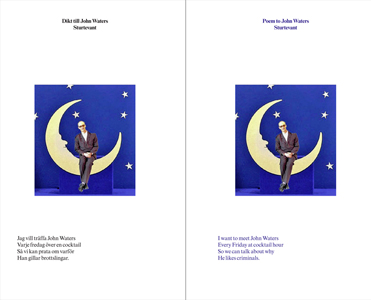 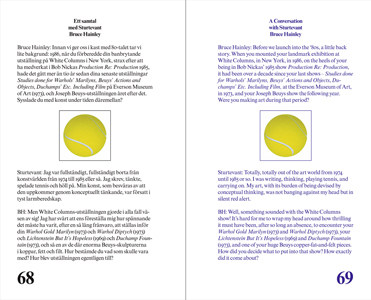