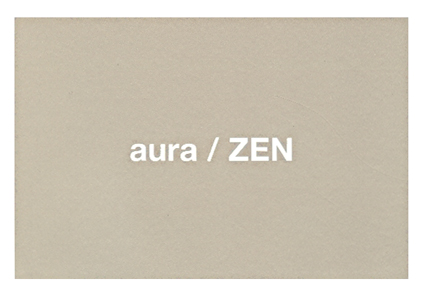 order
Following on Alphabet Truck and TWENTYSIX ABANDONNED GASOLINE STATIONS, the work aura / ZEN offers a series of "slogans" created from names collected on limited series cars. Generally attributed to "bottom of the range" models, these patronymics summon up the simplistic imagination of advertising culture and seek to value them. Between language of shapes and shapes of language, message and image, the photographs, laid two by two, produce hyperbolic associations, a sort of marketing squared, proving a derisory nature of this semiological excess. A lexical as well, as a survey, aura / ZEN is testament, through this content/shape opposition, to a double identity that for Tabuchi forms the very substance of his work.
order
published in 2009
no text
15 x 10,5 cm (softcover)
48 pages (44 color ill.)
9.00 €
ISBN : 978-2-911136-07-8
EAN : 9782911136078
in stock
(last copies available!)