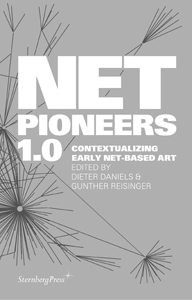 order
Net Pioneers 1.0 discusses media art history with a new, interdisciplinary look at the historical, social, and economic dynamics of our contemporary, networked society.
The hype around Net-based art began in the early 1990s, before the Internet had become a commodity. It developed in skeptical parallel to the rise and decline of the new economy. But why does this chapter of art history appear to end so suddenly? Is it that the idea of Net-based art involving itself in a revolutionary spirit in a networked society failed? One might equally well argue that it was far too successful simply to become another media-art genre. Looking today at the social, aesthetic, and conceptual approaches of the early 1990s presented in this book, it is clear that most of them have in fact come true, if in ways other than intended.
The contributions cover a wide variety of topics, ranging from art-scholarly methodological debate (Bentkowska-Kafel, Kuni), source-critical analysis (Reisinger), archiving, exhibition, and analytical practice (Ernst, London, Paul, Sakrowski) to media-philosophical aspects (Ries) and technical and artistic innovations (Daniels). 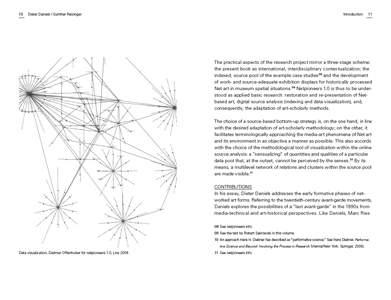 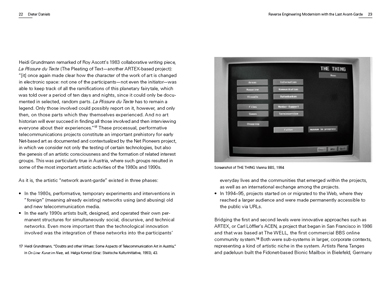 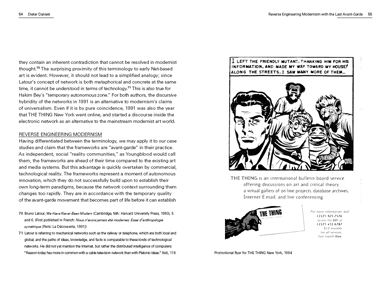 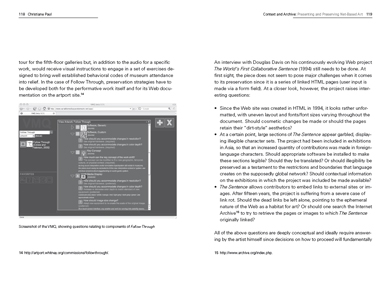 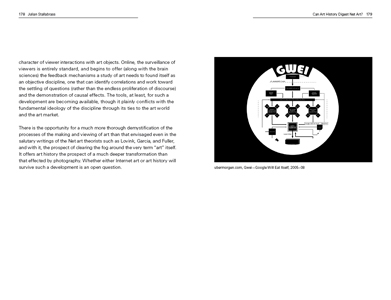