How to Do Things with Art – The Meaning of Art's Performativity 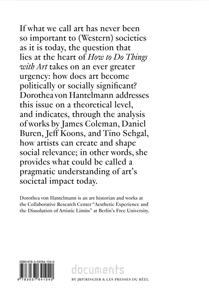 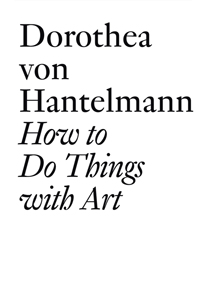 wishlist
The societal efficacy of art.
At the heart of “How to Do Things with Art” lies the question of art's relevance to society. How does art become politically or socially significant? This book attempts to answer this question on a theoretical level, and to indicate, through the analysis of works by James Coleman, Daniel Buren, Jeff Koons, and Tino Seghal, how artists can create and shape social relevance; in other words, to provide what could be called a pragmatic understanding of art's societal impact. The title of the book itself is a play on John Langshaw Austin's seminal lecture series “How to Do Things with Words,” in which he discussed the performative, or reality-producing, capacity of language.
If Dorothea von Hantelmann's line of argument is based on the two theoretical premises of Austin's and Judith Butler's notion of performativity, this book offers a real semantic of how an artwork, not in spite of, but rather by virtue of its integration in certain conventions, “acts”: how, for example, via the museum it sustains or co-produces a certain notion of history, progress, and development. The model of performativity that the author argues for, points toward these fundamental levels of meaning production, putting the conventions of art production, presentation, and historical persistence into focus, showing how these conventions are co-produced by any artwork, and proposing that it is precisely this dependency on conventions that opens up the possibility of changing them.
The question of how to do things with art seems particularly pertinent today: never before has what we call art been so important to Western societies—more art museums are being built than ever before, exhibitions attract mass audiences, the art world has not only expanded globally but also socially, and probably no other profession has received such a dramatic boost in status as the artist, who perfectly embodies today's prevailing idea of a creative, self-determined subjectivity.
Second edition.
Dorothea von Hantelmann (born 1969 in Hambourg, lives and works in Berlin) is an art historian, writer, and freelance curator. She works at the Collaborative Research Center “Aesthetic Experience and the Dissolution of Artistic Limits” at Berlin's Free University.
wishlist
Edited by Karen Marta.
Introduction by Hans Ulrich Obrist. 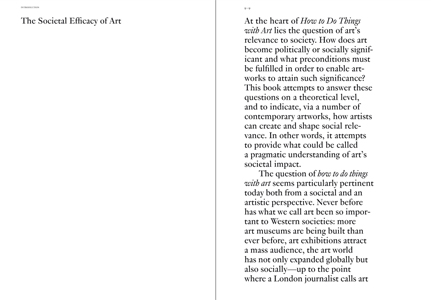 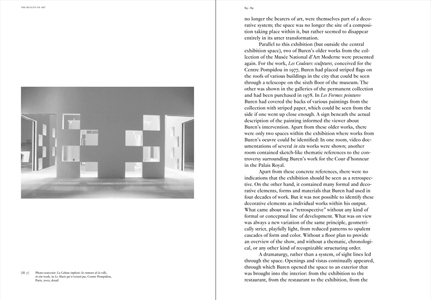 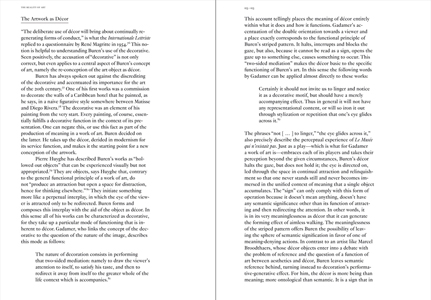