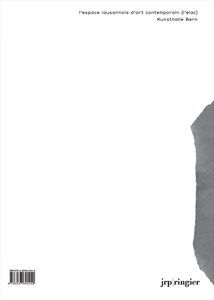 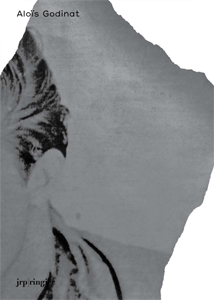 order
First monograph.
Also available in English edition.
Like other artists of his generation, for Aloïs Godinat (born 1978, lives and works in Lausanne) the idea was to start over again without disowning, use without quoting, propose without constraining, question without using rhetoric. Re-pasted posters, reconstructed obsolete objects, and generic elements (rods, sticks, and suchlike) indicating some potential use, make up the artist's repertoire of forms and gestures. Forms and gestures, for, as with the American Trisha Donnelly or the American-Cuban duo Allora & Calzadilla, underlying Godinat's art there is a twofold paradigm of music and performance.
This duality is present both in the works and in the concepts used (amplification, repetition, partition, register, play, etc.). In that sense, Aloïs Godinat has something of a pacified heritage at his disposal; as one who says he is interested in the “design” of paintings by Christopher Wool and Ed Ruscha, he can address the question of appropriation from the standpoint of music (as did Francis Baudevin in his own day), and Conceptual art under the performative aegis of Fluxus.
order
Edited by Lionel Bovier.
Texts by Lionel Bovier, Julien Fronsacq, Philippe Pirotte. 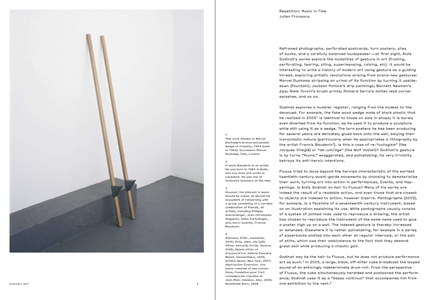 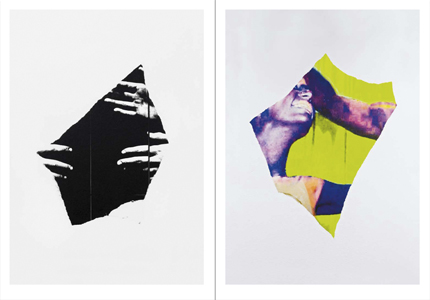 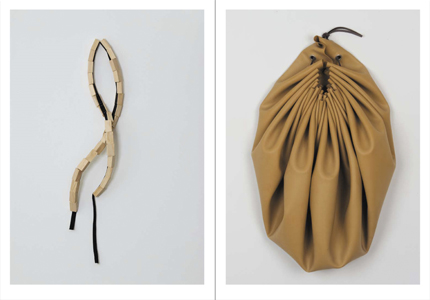