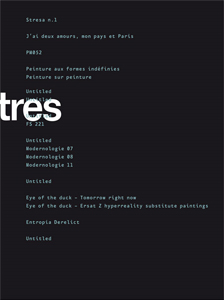 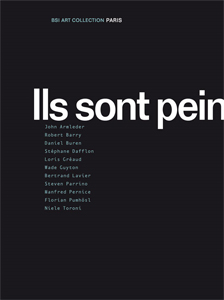 order
wishlist
This project, rooted in the Parisian office of BSI, identifies an alternative to the overwhelming success of the figurative, neo-expressionist, and narrative waves that have run through painting in recent years. Painting, as considered here, avoids every illusionist and metaphorical possibility. It is a place to present rather than to represent, an object that exhibits itself in its own concrete form while at the same time questioning its condition and identity, in ways that can be as analytic as they are ironic. "Ils sont peintres" ("They are painters") is about something that looks like painting but is not literally painting and indicates the possibility of addressing the medium, its history, language and parameters without really producing it.
"They are painters": works by John Armleder, Robert Barry, Daniel Buren, Stéphane Dafflon, Loris Gréaud, Wade Guyton, Bertrand Lavier, Steven Parrino, Manfred Pernice, Florian Pumhösl, Niele Toroni.

The book is published by the commissioner, BSI (Banca della Svizzera Italiana), as part of their Art Program, relaunched in 2005 by the Italian curator and critic Luca Cerizza. Stemming from a program of site-specific commissions for the bank, the books in this series are conceived as individual monographs and catalogues on each artist's contribution. Gathering preparatory material, documentation on the works, and essays by critics or the artists themselves, these volumes contribute to the discussion around commissioning, the notions of public vs. private collection, and the relationship between artists and patrons (also available in this series: John Armleder, Robert Barry, Daniel Buren, Tony Cragg, Liam Gillick, Alex Katz, Daniel Roth, Maps and Legends, Free Zone: China).
order wishlist
Edited by Luca Cerizza.
Texts by Luca Cerizza and Vincent Pécoil.
published in 2009
bilingual edition (English / French)
14 x 18,5 cm (hardcover)
128 pages (33 color ill.)
15.00 8.00 €
(special offer)
ISBN : 978-3-905829-23-5
EAN : 9783905829235
in stock
press releases
Critique d'art n° 34, Guitemie Maldonado, 2009 (JPG) 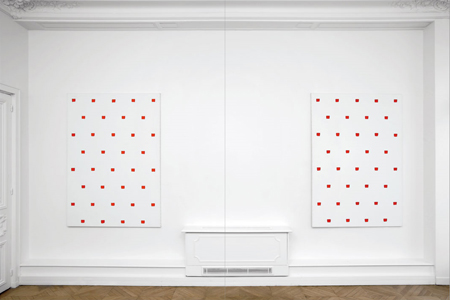 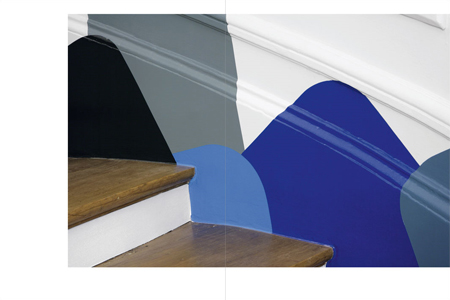 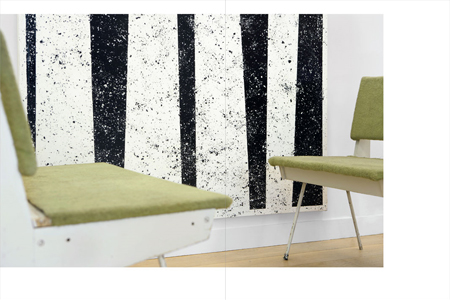