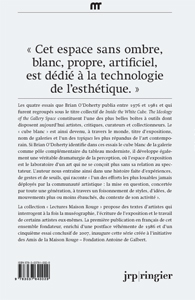 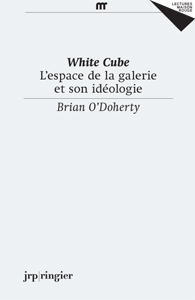 order
Inside the white cube.
The four essays that Brian O'Doherty published between 1976 and 1981 and which were gathered together under the collective title "Inside the White Cube," makes up one of the most valuable "tool boxes" that critics, curators, and collectors have at their disposal today. The "white cube" has become, throughout the world, a title of exhibitions, a gallery name, and one of the most common spaces of contemporary art. But have we really read these texts already republished in English several times and to which a fifth has been added in response in 2007, have we been struck by their title, and have we reflected on the consequences of its critical fortune?
Brian O'Doherty appears to present the ultimate modernist equation: the white cube is the complimentary extension of the modernist painting and arises from the slow process of the latter's self-definition. But it also develops a real drama of perception, where the space of the gallery is also the laboratory of an art which is no longer conceived of without its relation to the viewer. With the power of a journalist and the intelligence of a specialist, the author leads us through a history made up of experiences, gestures, and thresholds, which, from the 1960s to the mid 1980s, sees the identities, roles, and ideologies of the protagonists of the artistic scene change.
The collection "Maison Rouge Readers" has as its ambition to propose artist's texts which interrogate at the same time museology, exhibition making, and the work of certain artists themselves. The collection is inaugurated by the first publication in French of this fundamental groups of texts.
See also Yann Sérandour – Inside the White Cube, an artist's book constructed on the reprint of the French translation of Brian O'Doherty's influential book.
order
Edited by Patricia Falguières.
Texts by Patricia Falguières and Brian O'Doherty.
published in 2008
French edition
14,5 x 22,5 cm (softcover)
208 pages (26 b/w ill.)
19.50 €
ISBN : 978-3-03764-002-9
EAN : 9783037640029
in stock
press releases
Beaux Arts Magazine n° 298, Judicaël Lavrador, 2009 (JPG)
Mouvement, Valérie Da Costa, 2009 (JPG)
Histara, Julie Verlaine, 2010 (PDF) 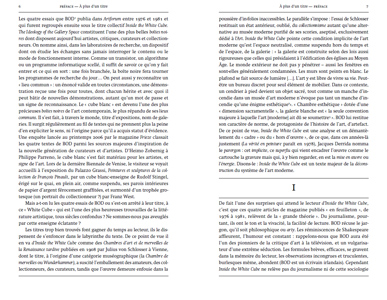 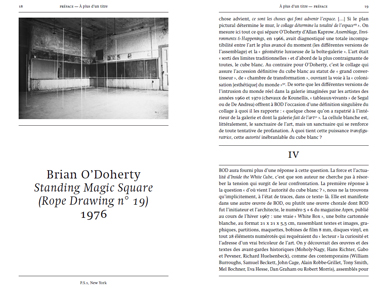 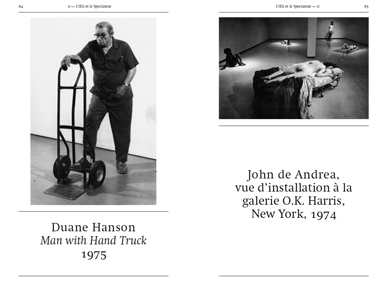 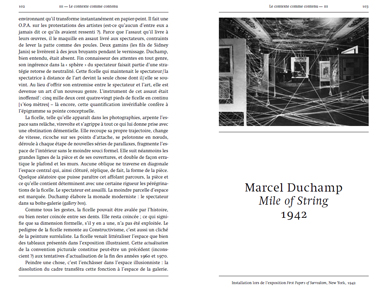 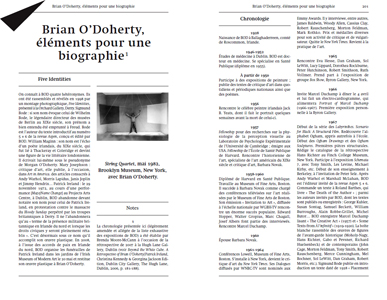