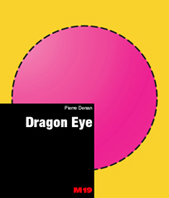 wishlist
Artist's book.
Dragon Eye is the name given to pilotless planes flying over Baghdad on behalf of the U.S. Army, taking photographs intended for the staff's analysts.
The patterns are drawn from the library of a vectorial drawing software, homothetically reduced to the dimensions of the book to rectangles of different sizes, laid out over the pages as in an urban map.
Pierre Denan has founded M19 (May 19), a structure for the conception and publication of magazines, books, and other printed media intended for the dissemination of original artworks as well as critical texts. An artist and an writer, he is the editor of magazines such as MAP, 20/27, AH AH AH, Grams of art, as well as the artists' books series I.S. Inventaire Supplémentaire.
wishlist
17 x 20 cm (softcover)
80 pages (color ill.)
sold out