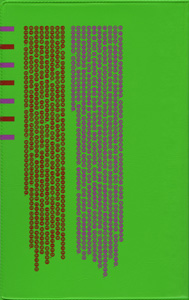 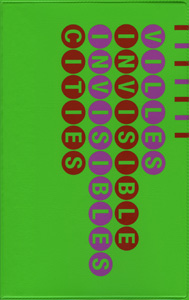 order
wishlist
An artist's book in the extension of an exhibition: a reflexion on global urbanisation.
When invited by the Frac Bourgogne in 2006, Jonas Dahlberg showed a new phase in his project titled Invisible Cities, started in 2004. This book comes within in the extension of the exhibition, in so much as, like an architecture, it invites the onlooker to stroll about. It draws its inspiration from two works shown in the exhibition and acquired by the Frac Bourgogne: All the Invisible Cities in the World, 2004-2005, a poetic listing based on a statistician's logic of intermediate cities, somewhere between metropolises and peripheral urban housing complexes and estates, presented in the book in the form of an index preceded by an atlas where cities are listed by continent and by country; and a series of photos from the slide show Invisible Cities: Location Studies, 2004-2005, where the artist peers along the deserted streets of a downtown area, having made everything that might have helped us to identify and locate the place disappear.

Göran Dahlbert's essay develops this idea of “invisibility” by showing how these cities dodge all criteria, because they are without any specific qualities and features. The book thus underscores the lapse which can loom out of the kind of viewpoint involved, from the scale by which we look at the world, with invisibility being somewhat meaningless for the inhabitants themselves. This scale here is very obviously planetary, in this age of globalization which none of us can get away from.
Since 2000,the Swedish artist Jonas Dahlberg, born in 1970,has been showing his films all over the world; they are the fruit of his thinking about space, the viewpoint issue and the construction of cityscapes - urban landscapes.
order wishlist
Text by Göran Dahlberg.