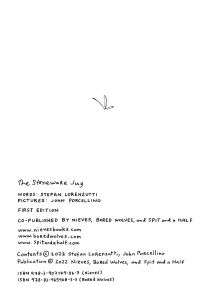 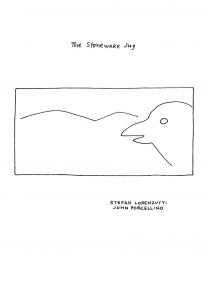 order
wishlist
The Stoneware Jug is a collection of poem-comics by Stefan Lorenzutti (words) and John Porcellino (pictures), in which American comix legend Porcellino (King-Cat, Thoreau at Walden) "pours" the adapted poems into his pen-and-ink panels, as if into a handmade vessel.
Each one-page comic is a seasonal diorama of sorts, preserving a moment in time unfolding in the interstices of time: between the chinks of a log cabin in the Polish Highlands, fissures in late spring ice, and the gap between coziness and creeping concern on a brutally cold winter's night. In the end, The Stoneware Jug is a quest for comfort zones, suffused throughout with the aromatic promise of panettone.

"John Porcellino's comics distill, in just a few lines and words, the feeling of simply being alive." – Chris Ware
John Porcellino (born 1968 in Chicago) has been writing, drawing, and publishing comics and graphic novels since the 1980s. His celebrated self-published series King-Cat Comics (also available from Drawn & Quarterly in omnibus form), begun in 1989, has inspired a generation of cartoonists.
Stefan Lorenzutti (Brooklyn, 1984) is a poet and publisher based in Kraków and the Polish Highlands. His books include the prose-poetry journal Great Known and Cedar Toothpick, a fairy tale.
order wishlist
Published with Bored Wolves and Spit and a Half.
published in January 2023
English edition
14 x 20 cm (softcover)
28 pages (ill.)
8.00 €
ISBN : 978-3-907179-56-7
EAN : 9783907179567
in stock 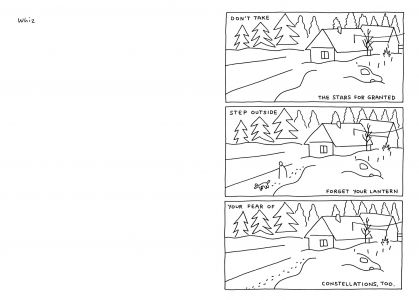 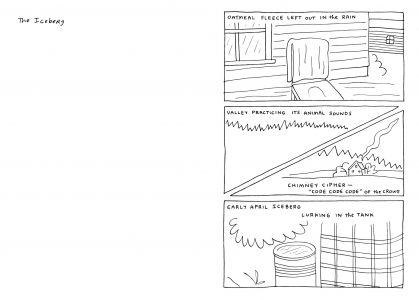 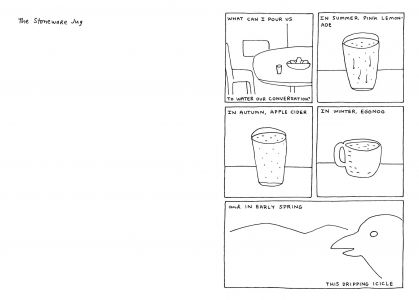 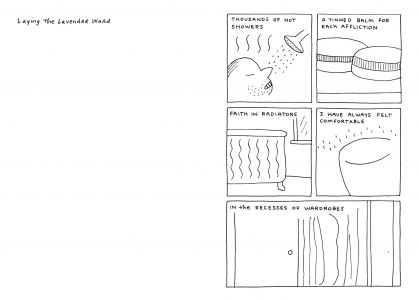 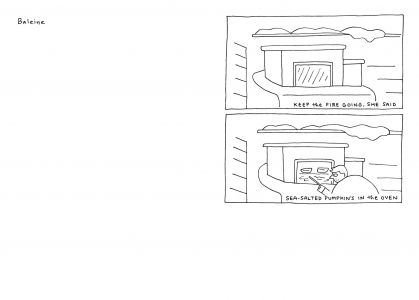 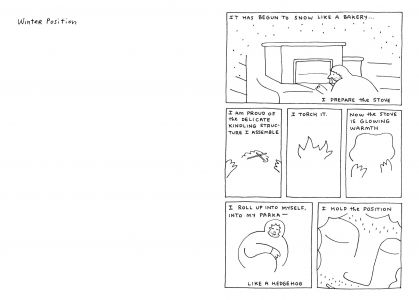