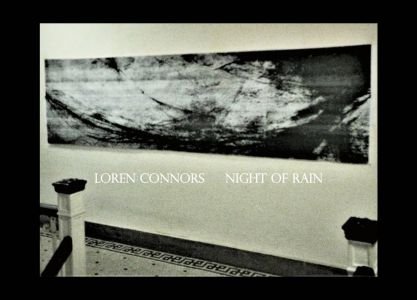 order
wishlist
An art book by musician and artist Loren Connors, exploring his pictural practice.
Night of Rain is composed of two parts. "Night of Rain," which Connors describes as "seascapes, or expressions of the sea and shore. [They are] about the power of rain and the sea, lagoons, bays, tides." Taken from small pencil and black ink drawings enlarged again and again at a copy store. The pieces would often be drawn over and modified throughout this process—ultimately reaching sizes of 8 x 6 feet or larger. In this series, Connors considers the digital images as the "originals"—so this section of the book acts as a sort of swatch, a gallery exhibiting the final stage of this process.
The second section of the book is "A Coming to Shore." Nineteen acrylic paintings on stretched canvas, which are often cast in hazy and dreamlike blues, greys, and yellows. They span across the page in stark simplicity. "They all have the feeling of horizon, but not all of them depict horizons," Connors remarks. Supplemented with a foreword written by artist and friend Aki Onda, Night of Rain is part of a continuing series of limited books published by Recital that explore Loren Connors's visual art.
Limited edition of 200 hand-numbered copies.
One of the world's most singular guitarists, Loren Mazzacane Connors (born 1949) is among few living musicians whose prolific body of work can be said to be wholly justified in its plenitude. On more than 100 records across almost four decades, Connors has wrung distinct shades of ephemeral blues from his guitar, its sound ever-shifting while remaining unmistakably his own. From his early, splintered take on the Delta bottleneck style through his song-based albums with Suzanne Langille and on to the painterly abstraction that defines his current work, Connors has earned the admiration of many, leading to collaborations with the likes of John Fahey, Jim O'Rourke, Alan Licht, David Grubbs, Keiji Haino, and Kim Gordon.
order wishlist
Preface by Aki Onda.
published in November 2022
English edition
30 x 24,5 cm (softcover)
104 pages (ill.)
45.00 €
in stock 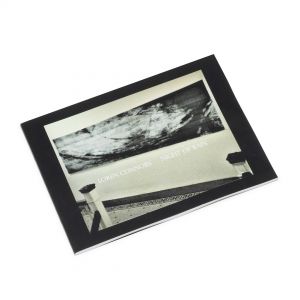 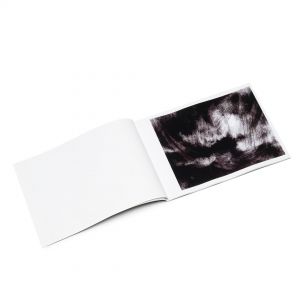 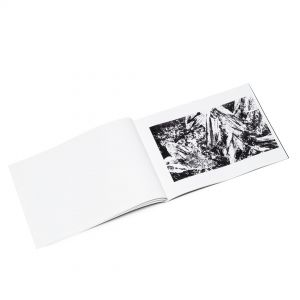 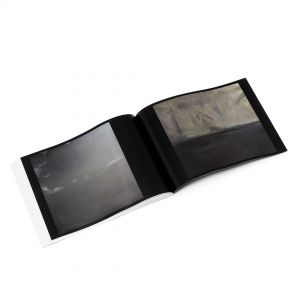