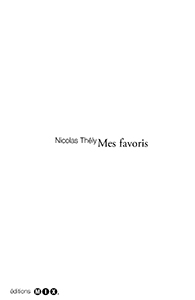 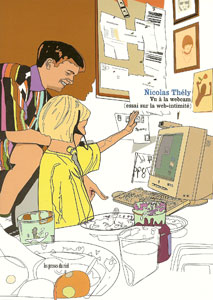 Vu à la webcam – (essai sur la web-intimité)
2002
French edition
Les presses du réel – Criticism, theory & documents – Misceallenous
Those who spread their image over Internet, what do they want? And what do those who view them get out of it? Numerous are those who jumped on the bandwagon of the webcam, pushing its spectrum of video-surveillance and condemning it to voyeurism or exhibitionism. Far beyond the simplistic idea of opposing exhibitionist / voyeur, actor / spectator, active / passive, the webcam serves as a meeting point of exchanges, complicity, views of or relationships with others, what Nicolas Thély terms as "web-intimacy".