Bernadette Corporation is an anonymous artists' group with changing members. From 1995 to 1997, it worked under the guise of an underground fashion label. In 1999 it self-published a magazine, Made in USA, and began producing videos, most notably Get Rid of Yourself (2003). In 2005 Bernadette Corporation authored the much-acclaimed collective novel Reena Spaulings, published by Semiotext(e) and hailed as "[a] sprawling work of crypto-impressionistic fiction that purposefully elides individual authorship for a sort of rarefied mechanical groupthink." 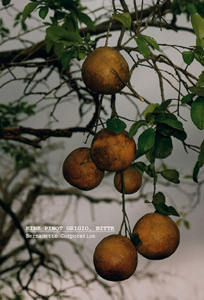 Eine Pinot Grigio, Bitte
2007
English edition
Sternberg Press - Fiction
A drama in three acts on the main theme of zombies: the most recent novel by the artists' collective.