Audrey Chen is a 2nd generation Chinese/Taiwanese-American musician who was born into a family of material scientists, doctors and engineers, outside of Chicago in 1976. Parting ways with the family convention, she turned to the cello at age 8 and voice at 11. After years of classical and conservatory training in both instruments, with a resulting specialization in early and new music, she parted ways again in 2003 to begin new negotiations with sound in order to discover a more individually honest aesthetic.
Since then, using the cello, voice and occasional analog electronics, Chen's work delves deeply into her own version of narrative and non-linear storytelling. A large component of her music is improvised, is completely un-processed and her approach to this is extremely personal and visceral. Her playing explores the combination and layering of an analog synthesizer, preparations and traditional and extended techniques in both the voice and cello. She works to join these elements into a singular ecstatic personal language.
For nearly two decades, her predominant focus has been her solo work with the cello, voice and electronics, but she has more recently begun to shift back towards the exploration of the voice as a primary instrument. Aside from her solo concerts, Chen performs in duo with Phil Minton; as Hiss & Viscera with modular synth player Richard Scott; as Beam Splitter with trombonist Henrik Munkeby Nørstebø; as Mopcut with Lukas König and Julien Desprez; as trio in Sen Ryo No with modular synth players Tara Transitory and Nguyen Baly; in duo with electronic music artist Kaffe Matthews; as Afterburner for voice/live electronics/light with Doron Sadja; and as Voice/Process for voice/live digital process with Mexican sound artist Hugo Esquinca. Notable past collaborators include German conceptual artist John Bock and abstract turntablist Maria Chavez.
Her recordings have been released on labels such as Sub Rosa, Sound Anatomy, Corvo Records and Karl Records.
Chen has performed across Europe, Russia, Ukraine, Turkey, Australia, New Zealand, China, Japan, Taiwan, Brazil, Argentina, Ecuador, Canada and the USA.
Since 2011, she relocated to Berlin, Germany from Baltimore, MD USA and continues to maintain an active international touring schedule. 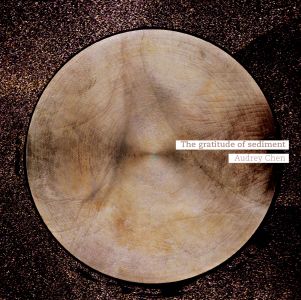 The Gratitude Of Sediment (CD)
2010
PiedNu
An adventurous sonic exploration of the voice, cello and electronics.